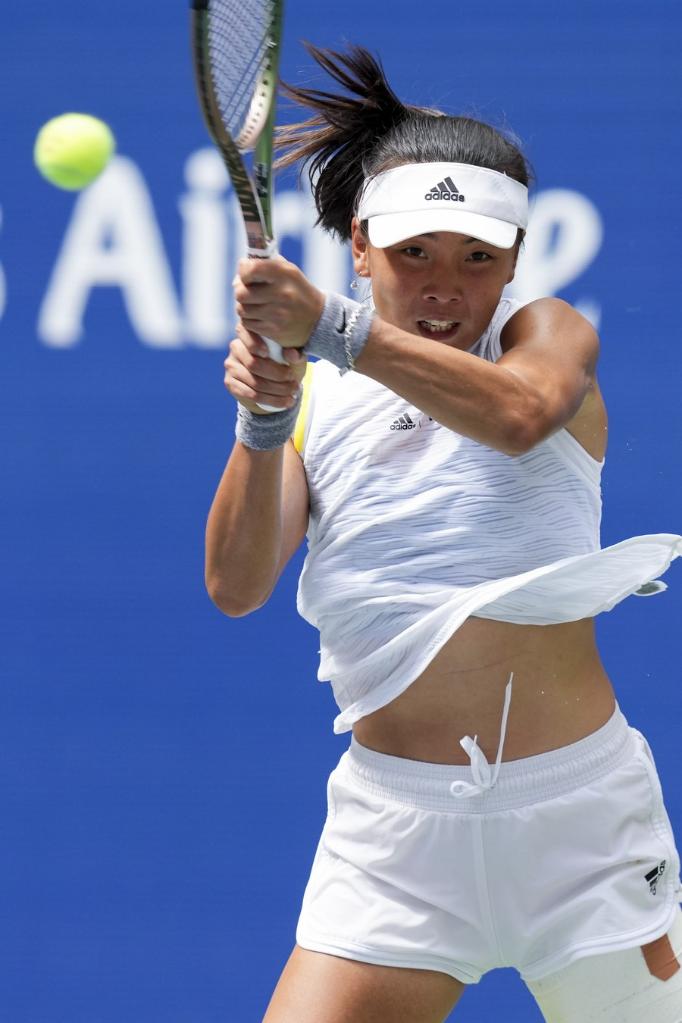 Yuan Yue performs a comeback in her women’s singles third round match against Jessica Pegula of the United States at the 2022 US Open on Sept. 3, 2022. (Xinhua/Liu Jie)

As part of the new generation of Chinese tennis players, Yuan Yue made a breakthrough at the US Open by participating in the third round of women’s singles.

BEIJING, Sept. 8 (Xinhua) — On the center court of the famous Arthur Ashe Stadium, 23-year-old Chinese tennis player Yuan Yue bent over to keep her balance. Her out-of-bounds groundstroke had just given match point to her opponent Jessica Pegula, an American player ranked No. 8 in the world.

This was a women’s singles third round match at the 2022 US Open on September 3. As Yuan fell behind in the second set tiebreaker, the crowd expected Pegula to win. Under pressure, Yuan saved a match point with her straight attack and then reversed to win the second set. The American crowd applauded Yuan’s performance, but the Chinese qualifier ultimately lost 2-6, 7-6(6), 0-6.

Reminiscent of the match against Pegula, Yuan’s right shoulder and left leg had obvious medical protective measures. Injuries affected Yuan’s reaction and agility, but she insisted: “Dealing with injuries is a normal situation for pros to deal with. A top player must know how you can win the game when you don’t. you’re not at your best.” 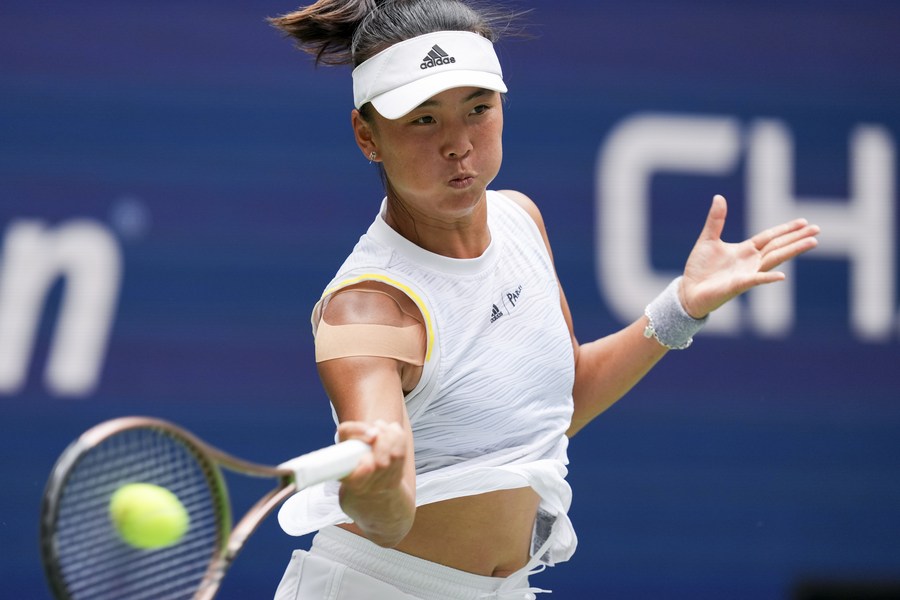 She admitted there was a clear gap in game understanding and pace control.

Before entering Center Court, Yuan couldn’t help but smile in the tunnel. Pegula was curious to know why she was laughing. Yuan replied honestly, “I’m a little nervous. This is my first time playing on center court.” Pegula told Yuan that this was also her first match on center court.

Whether Yuan won a point or made a mistake, his face showed intense concentration on the pitch. As an athlete, the ability to accept setbacks is Yuan’s charisma: “I can accept both my good game and my bad game equally.”

Yuan started playing tennis when she was 10 years old. This backward start made her a unique athlete. Although she could not become the best player in youth tournaments, her flair and her sweat led her to professional tennis. 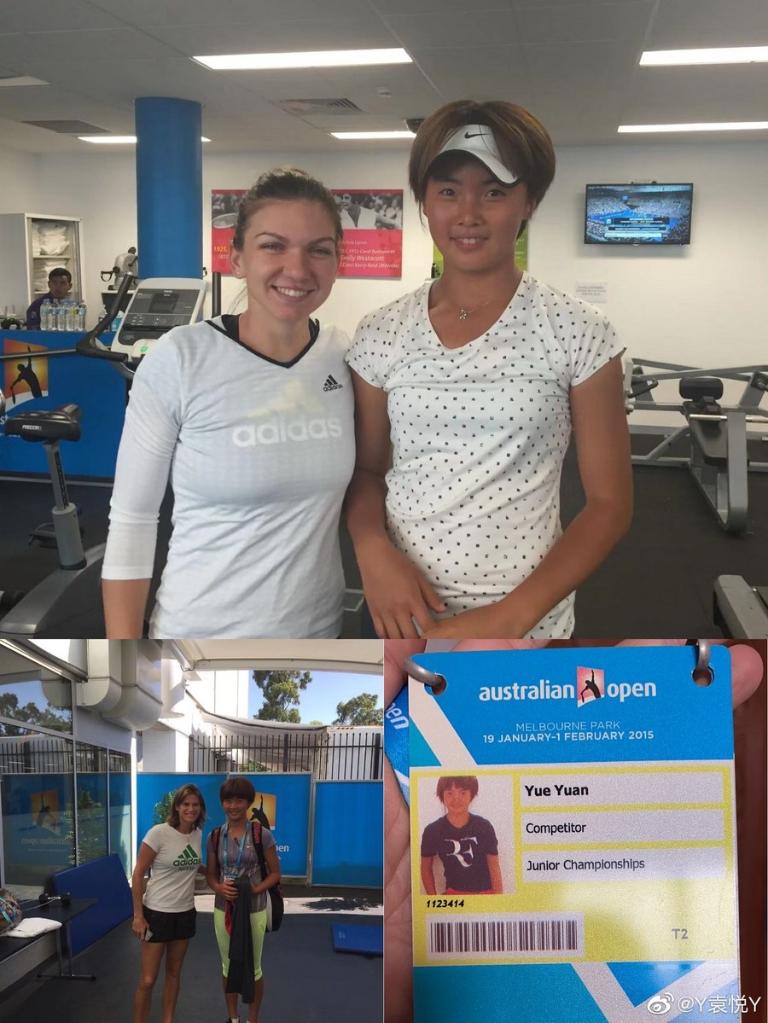 “Before making the breakthrough at the US Open, I had gone through a long and difficult period,” she added. “Improving an athlete is not a straight line elevation. This process is like a spiraling circle that contains ups and downs. I hope I can be braver when I face the same difficult time the next time.”

To stand on the high-level international field, Yuan has been training and playing overseas since October 2021. Due to multiple factors, Yuan had to travel overseas alone to train and compete.

She had to manage day-to-day arrangements alone, such as hotel reservations and routing plans. “When I took public transportation to attend European tournaments, I had to learn the railway system carefully,” Yuan said, adding that this administrative management experience also improved his mentality. 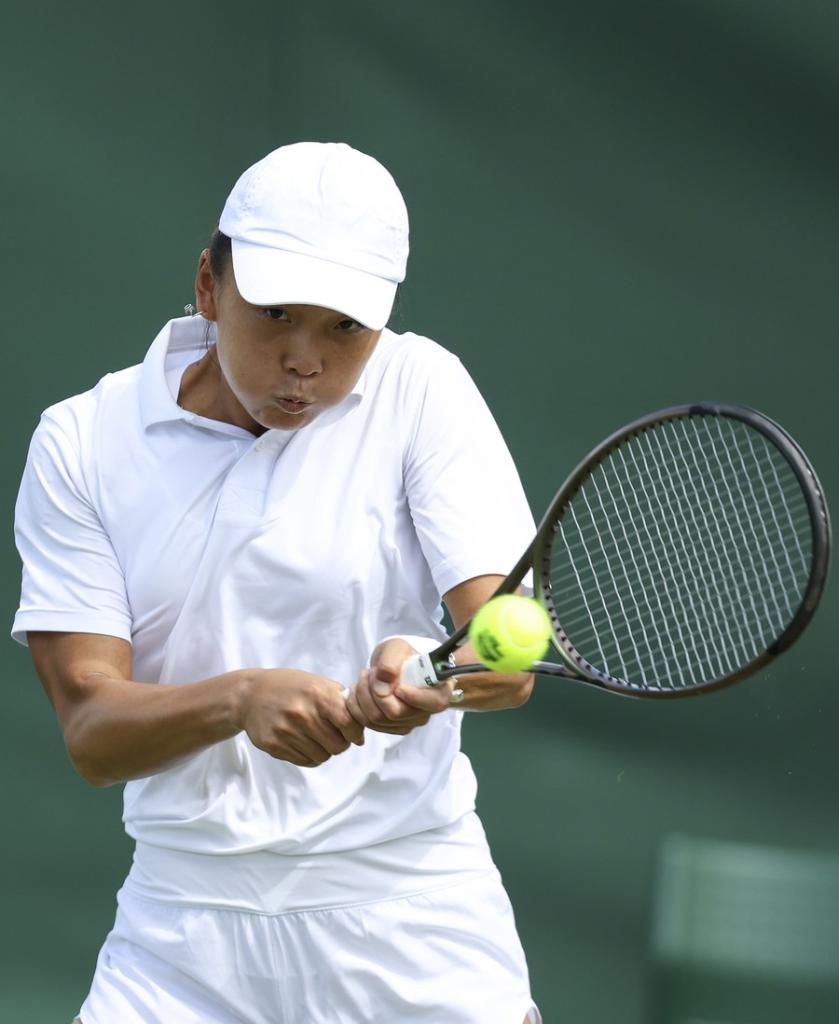 Yuan Yue in action during her women’s singles first round victory over Amanda Anisimova of the United States at the 2022 Wimbledon tennis championship on June 28, 2022. (Xinhua/Han Yan)

In Yuan’s scoring tactic, choosing a resolute straight line attack takes up a huge proportion of the game. This powerful style of tennis also demands a lot from his racquet and mentality. She revealed that she once replaced 17 racket strings during a seven-day tournament.

At the 2022 US Open, four Chinese players – Zhang Shuai, Zheng Qinwen, Wang Xiyu and Yuan, competed in the women’s singles third round, showing the progress of Chinese women’s tennis.

“Thanks to the efforts of Li Na and Zheng Jie, Chinese tennis has improved in recent years. Improvement is not as easy as finishing a straight line attack,” Yuan said.

“Now the new generation of Chinese tennis players are attracting more attention from the world, we must continue to improve and pass the tennis torch to the next generation in China.”