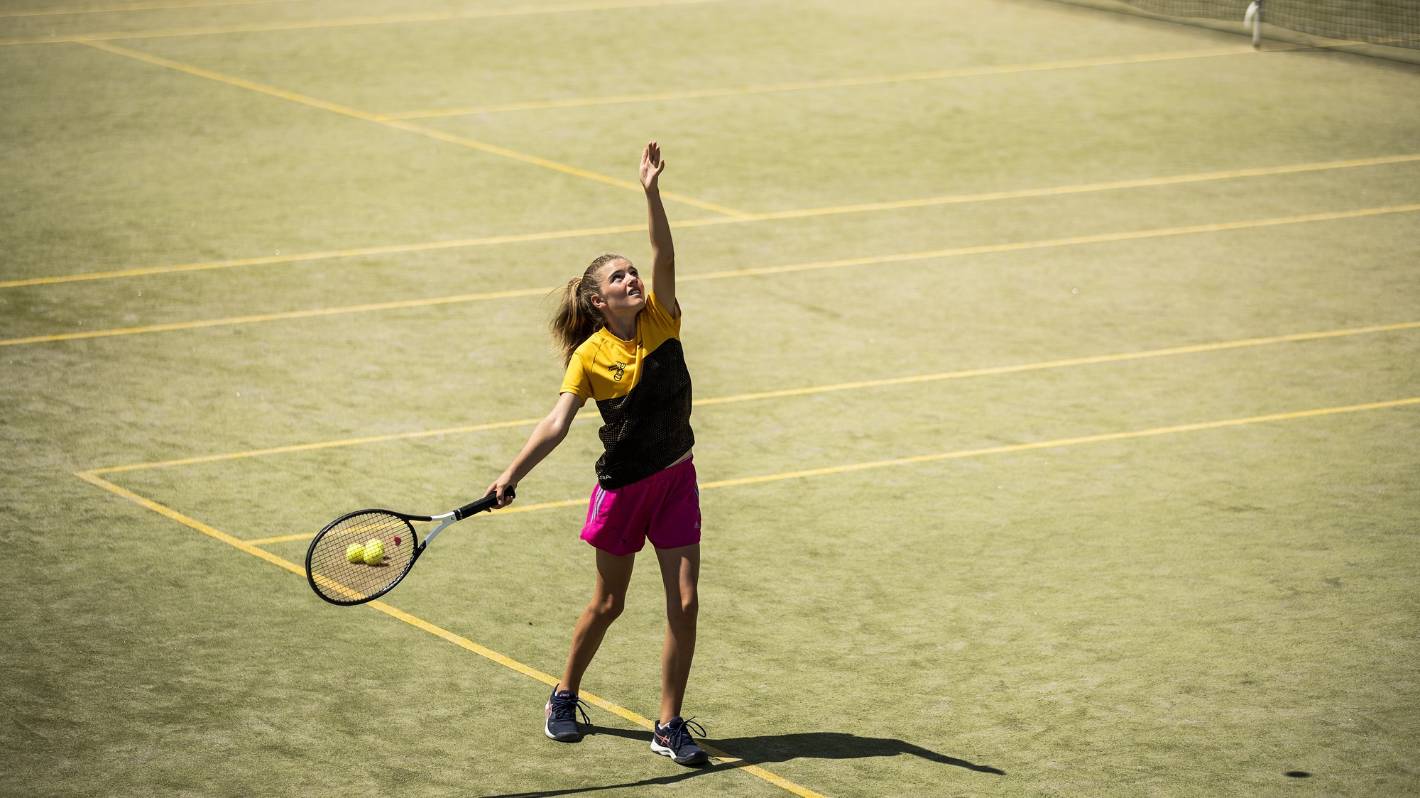 Ayla Giesen, a teenager from Manawatū, is a rising tennis player.

YOUNG BRIGHT THINGS: A teenager from Manawatū has plans to one day become a professional tennis player.

Ayla Giesen, 14, a grade 10 student at Palmerston North Girls’ High School, is one of the area’s top young players.

Having started playing tennis at home when she was young, she played her first tournament at the age of 7 and has never looked back.

Now she has said she wants to pursue her tennis career, go to college in the United States and turn professional.

Coached by Victor Romero, she trains regularly and spends time in Wellington

“I have one day off a week,” Ayla said. “I try to look my age in hours per week. I don’t think I’m doing enough now. I do enough to keep an eye open.

Ayla, ranked No. 6 in the nation for under-14s, has played interclub tennis and been on central representation teams for three years. She has a rep tournament later in the year in Christchurch.

She beat a girl who was ranked in the top five in the country.

Over the summer, she played in a few ITF tournaments and went to a training camp in Queenstown.

Ayla’s family lives on a sheep and beef farm in Hunterville, so she boards in Palmerston North and in Wellington she stays with doubles partners or trainers.

Tennis runs in the family as she, her brother, father and grandfather play, while her great-grandfather James Giesen competed in doubles at Wimbledon in 1933.

Earlier this year, Ayla received a junior scholarship from the Manawatū Seniors Tennis Club, which was a welcome contribution.

“We struggle to pay for everything because we just don’t have enough money. We have to sell firewood, eggs and honey from the farm to pay for transportation, food, going to tournaments so I can be on top.