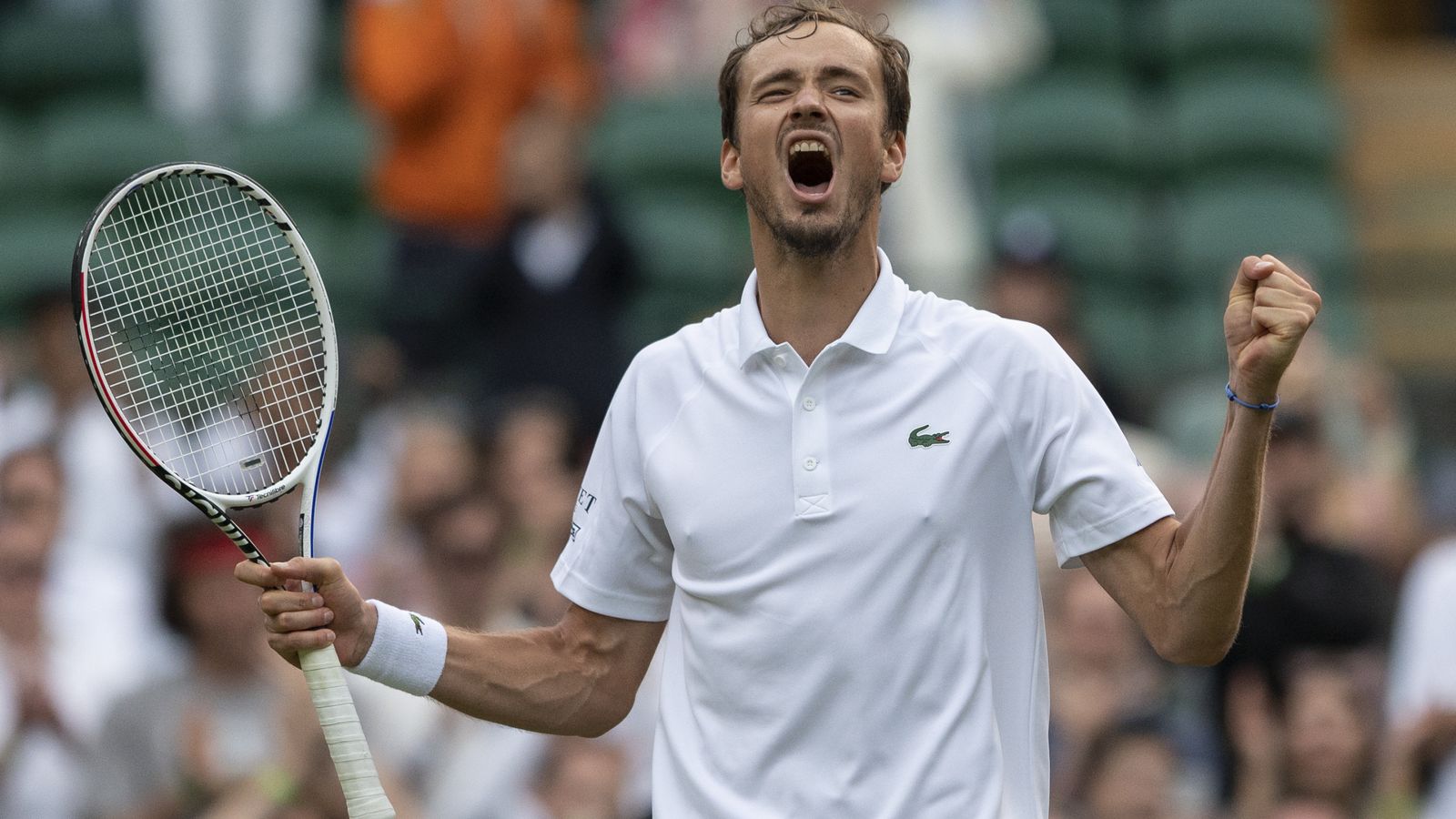 The ATP and WTA reduced this year’s Wimbledon Championships to an exhibition event after all Russian and Belarusian players were withdrawn from participation; ITF takes points away from Wimbledon juniors and wheelchair events

Wimbledon have had their ranking points stripped by the ATP and WTA in response to the exclusion of Russian and Belarusian players from this summer’s Grand Slams.

Players from Russia and Belarus were banned last month from taking part in this year’s Wimbledon due to the invasion of Ukraine, a move criticized by both the WTA and ATP.

Wimbledon chairman Ian Hewitt says the UK government has left them “no viable alternative” but to ban Russian and Belarusian players from this year’s championships.

Hewitt said the club were left with only two options – an outright ban or forcing players to sign statements condemning the invasion of Ukraine.

Andy Murray, Rafael Nadal and Novak Djokovic have all spoken out against the ban.

“The ability for players of any nationality to participate in tournaments based on merit and without discrimination is fundamental to our Tour,” the ATP said in a statement.

“Wimbledon’s decision to ban Russian and Belarusian players from competing in the UK this summer undermines this principle and the integrity of the ATP ranking system. It is also inconsistent with our ranking agreement.

“Absent any change in circumstances, it is with great regret and reluctance that we see no option but to strip the Wimbledon ATP Rankings points for 2022.”

The statement continued: “Our rules and agreements exist to protect the rights of players as a whole. Unilateral decisions of this nature, if not heeded, set a damaging precedent for the rest of the Tour. Discrimination by individual tournaments is simply not viable on a Tour that operates in over 30 countries.

“We greatly value our long-standing relationship with Wimbledon and the LTA and do not underestimate the difficult decisions to be made in response to recent UK government guidance.

“However, we note that these were informal guidelines, not a mandate, which offered an alternative option that would have left the decision in the hands of individual players competing as neutral athletes through a signed statement.

“Our internal discussions with affected players have actually led us to conclude that this would have been a nicer option for the Tour.

“We remain hopeful that further discussions with Wimbledon will lead to an outcome acceptable to all concerned. More generally, we believe that this issue re-emphasizes the need for a united governance structure across professional tennis so that decisions of this nature can be taken jointly.

WTA Chairman Steve Simon said in a statement: “Due to the AELTC’s position that it will not honor its obligation to use the WTA rankings for entry to Wimbledon and to proceed with a Partial field not based on merit, the WTA made the difficult decision not to award WTA Ranking Points for this year’s Wimbledon Championships.

“The position we take is to protect the equal opportunity that WTA players should have to compete as individuals.

“If we do not take this position, then we are abandoning our fundamental principle and allowing the WTA to become an example to support discrimination based on nationality at other events and in other regions of the world. The WTA will continue to apply its rules to reject such discrimination.”

The International Tennis Federation has also confirmed its decision not to award Wimbledon ranking points for the junior and wheelchair events.

“The ITF has determined that Wimbledon’s entry criteria banning Russians and Belarusians compromises the integrity of its international competition, particularly its ranking system, as there is a lack of equivalent alternative opportunities for players. to compete for ranking points and prize money,” he said. in a report.

Wimbledon sticks to its decision

Wimbledon organizers said they were “deeply disappointed” by the removal of ranking points, but added they stood by their decision.

A statement read: “We appreciate the differing opinions regarding our decision to deny Russian and Belarusian player registrations for the Championships this year, and we deeply regret the impact of this decision on those affected.

“However, given the stance taken by the UK government to limit Russia’s global influence, which removed automatic entry by ranking, and the widespread response from government, industry, sport and creative institutions , we remain of the view that we have made the only viable decision for Wimbledon as a world renowned sporting event and British institution, and we stand by the decision we have made.

“We therefore wish to express our deep disappointment with the decisions taken by the ATP, WTA and ITF to remove ranking points for the Championships.

“We believe these decisions are disproportionate in the context of the exceptional and extreme circumstances of this situation and the position we have found ourselves in, and detrimental to all players competing on tour.

“We are reviewing our options and reserving our position at this stage. We are also in discussion with our Grand Slam colleagues.”

She said: “The international sporting community rightly acted swiftly and came together to condemn Putin’s illegal and barbaric actions in Ukraine.

“Given the importance of sports and cultural bodies in making the Russian government an international pariah, we strongly support the decision Wimbledon and the LTA have made to stand up for what is right.

“We deeply regret today’s decision and urge the ATP, WTA and ITF to reflect on their position on the points standings at the Championships. This sends the wrong message neither to Putin nor to the people of Ukraine. .”

The decision by the All England Lawn Tennis Club (AELTC) is the first time players have been banned on grounds of nationality since the immediate post-war period, when German and Japanese players were barred.