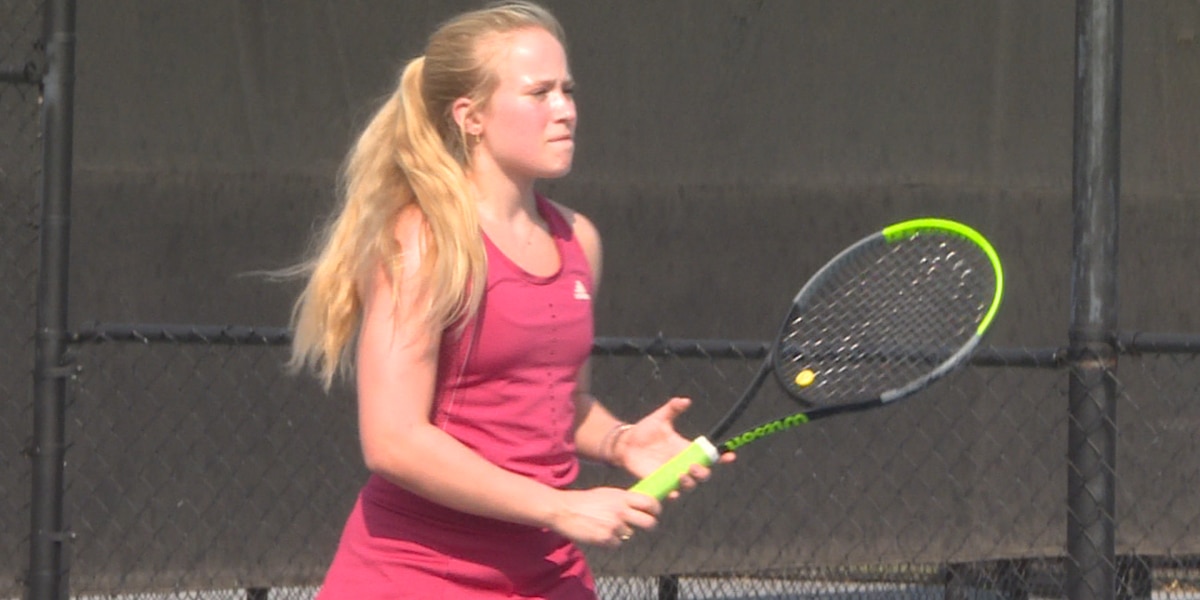 WICHITA, Kan. (Catch it Kansas) – In Isabella Sebits’ second season of Wichita Trinity Academy, she was stellar en route to winning a 4A State Singles Championship – a goal she was able to get as a subclass.

“It was definitely very special to me,” Sebits said. “Honestly, I didn’t think I could do it. I was shocked.

Fresh off the top, Sebits was determined to get back. In fact, she was so determined that she over-trained in the offseason and ended up getting injured before her junior year.

“I had a stress reaction on the L5 of my spine and had a partial tear in my knee,” she said. “I was playing with a lot of pain.”

Sebits said she tried to play through the pain, but it only made it worse, to the point where she was told she would probably never play tennis again.

“I saw a doctor who told me if I kept playing I would do permanent damage to my back,” Sebits said. “I thought it would be fine. I thought I could play until the doctor made me realize how bad it was. I had to take a break.”

After being sidelined before getting a chance to defend her state title, Sebits focused on the recovery process. Time off from the sport she loved and a serious amount of physiotherapy allowed her to return to the sport she loves and find her winning ways.

“I was waiting for that first day of practice to see how everything was going,” Trinity Academy head tennis coach Kevin Dobyns said. “It was impressive.”

Now more than a year has passed since the injury and not only is she back to full health, but she has a new mindset on the pitch.

“I realized I’m more than just tennis and it really helped me with the mental side of the game,” she said. “Now I go out on the pitch and instead of being nervous, I’m just grateful to be able to play another day.”

NOW MORE THAN A YEAR HAS PASSED SINCE THE INJURY.. AND NOT ONLY IS SHE BACK HEALTHY.. SHE HAS A NEW MINDSET ON THE PITCH..