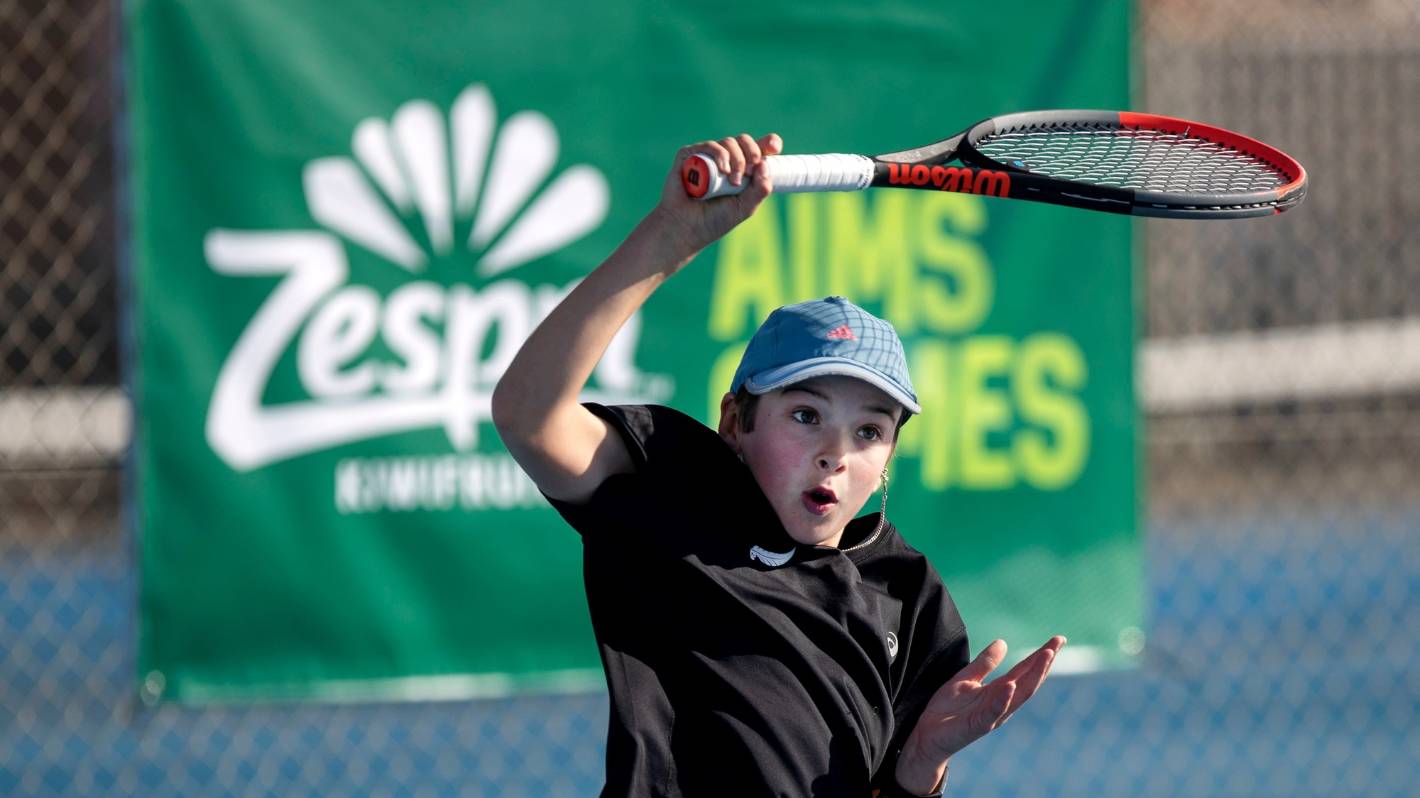 The 12-year-old from Waimea Intermediate School in Richmond had a wet – and bumpy – road to the Zespri AIMS Games.

Just over two weeks ago, during the devastating Nelson-Tasman floods, Liam and his family were woken in the early hours of the morning by firefighters and told to be on standby.

Their street was under water – “it was like a river” – and the neighbors were preparing to evacuate.

Nelson is showing the signs of heavy rain after several warnings were issued by the Met Service, from atmospheric rivers hitting the South Island.

It rained non-stop for what felt like weeks and Liam, who was preparing for the National Tennis Championships as well as AIMS, was stuck inside and unable to train.

It was far from the preparation the 7th grader had hoped for, but instead he worked on his fitness at home and waited for the weather to clear. He waited and waited.

Soon it was time for nationals and Liam still performed well, making a few finals. The next stop was Tauranga, where more than 10,000 athletes from 320 schools across the country converged.

Liam is the only pupil at his school to participate in AIMS and he and his mother Maria flew to Auckland and started the journey to Tauranga. But, believe it or not, there was another setback.

“A tire on our car burst,” Maria said with a laugh. “We were probably about 60km from Auckland and we heard this horrible noise and stopped, but we were on the highway and it was not a safe place to stop.”

She said they had no idea where they were and the tire was ragged. It was stressful, but it ended up getting some laughs.

Maria said, like everything else, he took it in stride.

“He tries to focus on the positive and it’s just a good learning experience I think – if things aren’t working out, just look at the positive side,” she said.

They arrived at a good home cooked meal and Monday would be a new day.

When Liam woke up and opened the curtains, however, all he could see was torrential rain. The first day of tennis has been postponed. Meanwhile, back home in Nelson, the sun was shining.

What did you feel ?

“Horrifying,” Liam said with a wry smile. They had checked the forecast and knew rain was a possibility.

“It was still awful,” he said.

So when the sun finally came out on Tuesday morning, it was a big relief.

Liam has won his first two games of the tournament and is on track.

“It’s great to see the sun,” he said. “It’s really inspiring to be surrounded by so many talented athletes, the atmosphere is great and I can’t wait to be back next year.”

The American tennis star is making a big impact in Africa