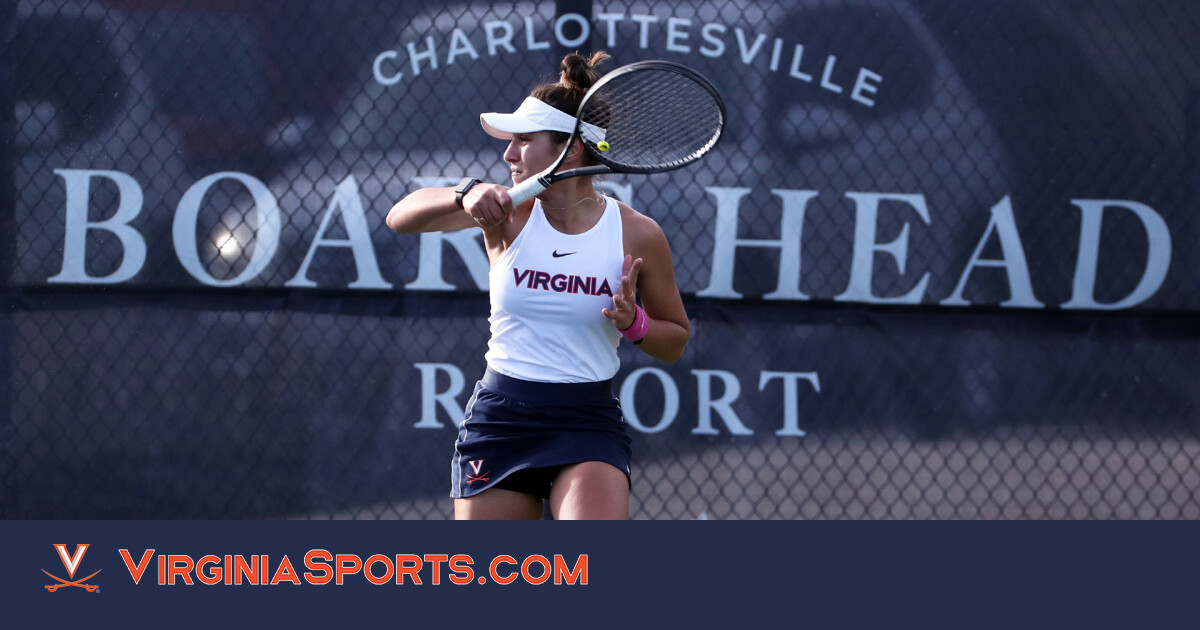 Virginia opens the fall portion of the schedule with a home tournament next weekend, Sept. 16-18, at the Virginia Tennis Facility at Boar’s Head Resort.

The spring doubles season opens with a doubles match against Richmond and James Madison on Friday, January 20. For the second year in a row, the Cavaliers will host ITA Kickoff Weekend games (January 27-28) with South Carolina, the Northwest and Washington. State all came to town to play for a spot at the ITA National Team Indoor Championships, being held this year in Seattle.

The Cavaliers host seven ACC opponents in doubleheaders, kicking off the conference with a home weekend against North Carolina (February 24) and Duke (February 26).

The ACC Championships return to the Cary Tennis Center in Cary, North Carolina and run April 19-23.

The NCAA Women’s Tennis Championship kicks off with regional action at venues May 5-6. Super regionals for the final 16 teams will take place at eight venues from May 12-14. The tag team finals, featuring eight teams, begin May 22 in Orlando, Fla., with the NCAA singles and doubles championships taking place after the tag team championship concludes.