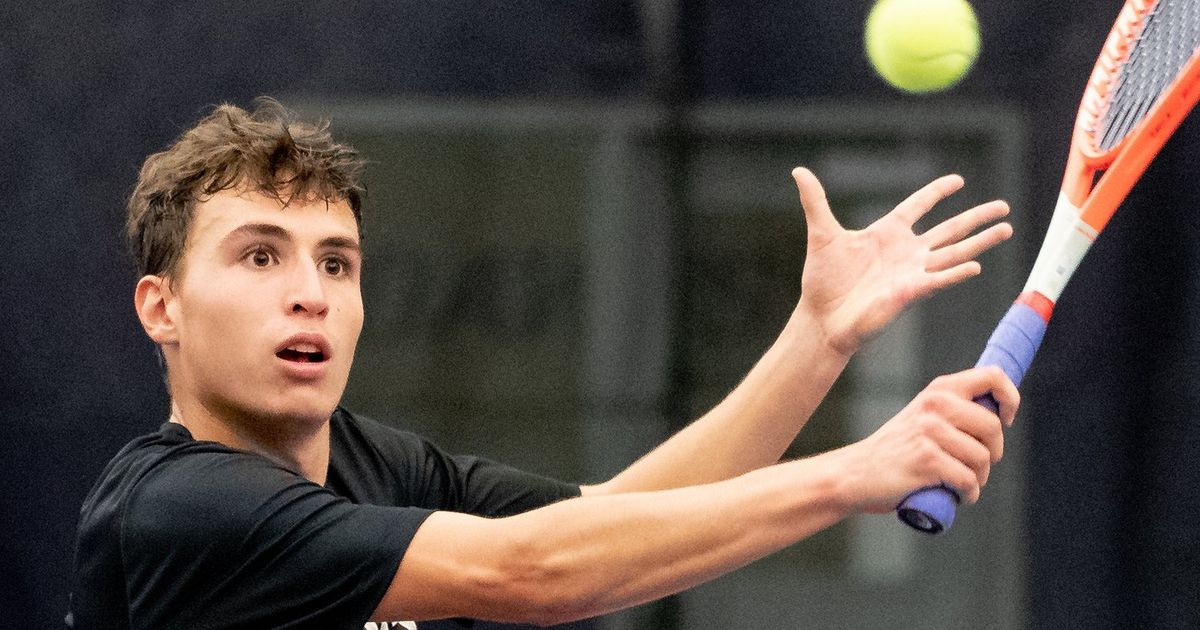 The top men’s college tennis teams and some of the best players in the country are playing in Seattle this week as part of the Intercollegiate Tennis Association Men’s National Team Indoor Championship.

It will be a great competition and it will be a golden opportunity for the undefeated Huskies and their star, Clement Chidekh, to show what they can do.

Chidekh recently became the No. 2 ranked player in the nation, tying a Husky record for the highest national ranking (Alex Vlaski, 2004). He led unranked UW to an 8-0 record, but the competition soon became much tougher, with the nation’s top 15 teams joining Washington in the four-day national championship held Friday-Monday at the Nordstrom Tennis Center. and Seattle Tennis. Club.

All teams are guaranteed to play three games, and Washington opens play against No. 1-ranked Ohio State on Friday at 6:30 p.m. at Nordstrom Tennis Center on campus.

There are four games from Friday to Sunday at each venue. The title match is Monday noon at the Nordstrom Tennis Center.

This is the ninth time the UW has hosted the event, since 1999.

“It’s the best tennis in the Pacific Northwest, for sure, because there’s no touring event here,” Washington coach Matt Anger said. “A lot of American players on tour – and even a lot of international players – have played in college. They were on the best teams and they played in this event. There are a lot of guys on the tour who have been through Seattle to play in. It’s like seeing the Sweet 16 of the NCAA Tournament.

Chidekh has established himself as one of the best players in the country. He was solid in his second year after being transferred from his native France and made huge progress this fall as a junior. He made the semifinals of both individual national tournaments in the fall – the ITA All-America Championships and the ITA Fall Nationals.

Chidekh said his rapid rise in the rankings surprised him.

“Really the only people who thought I was going to do this were my dad and my coach Matt (Anger),” Chidekh said. “That self-confidence and self-belief meant a lot. But I’m surprised I did the things they said right.

Washington is unlikely to face No. 6 seeded Stanford in this event based on their positions in the group. That means a rematch between Chidekh and Cardinal’s Arthur Fery will have to wait until April 8, when the two teams meet in a doubles match.

Fery rallied to defeat Chidekh in three sets in October.

Anger said there are other players who could also challenge for the top ranking this spring, “and most of them will be here” this weekend.

Chidekh said his dream of coming to Washington was to be one of the top-ranked players in school.

“I achieved my dream after I arrived and I wasn’t at that level,” he said. “It’s motivation to keep grinding, to keep training and to try to be No. 1, hopefully.”

Vlaski, who Anger calls “an all-time Husky,” was left-handed and played a different style than Chidekh, who is right-handed.

“But there are two things in which they are very similar,” Anger said. “The first is that both of them demand more work from me – they never back down from work – and the second is that they are both very tough competitors.”

This weekend’s games will also be important for the Huskies as a team.

“It’s an amazing opportunity for our guys,” Anger said. “We had a young team and we are rebuilding, and we got off to a good start (at 8-0). It will be great for them to play three top 15 teams in a row and see where they stand. I don’t know which games we will win or lose, but I know we will play hard.

In addition to No. 1 seed Ohio State, No. 6 seed Stanford and No. 16 seed UW, the other teams on the field (in order of seed) are Baylor, Tennessee, Florida, Texas Christian, Kentucky, Wake Forest, Georgia, USC, South Carolina, Virginia, Texas, Texas A&M and Mississippi.

Admission is free to the Seattle Tennis Club, but seating is limited.

“If anyone wants to see the best players, this is the place to be,” Anger said of the event.