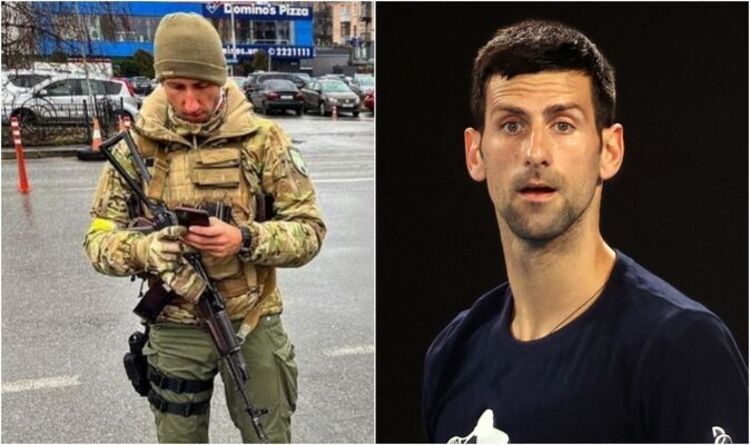 Ukrainian tennis star Sergiy Stakhovsky has revealed he took up arms after returning to his native country following the Russian invasion. Stakhovsky, who beat Roger Federer at Wimbledon in 2013, retired from tennis after playing at the Australian Open in January.

Russia’s blatant assault on its neighboring country is in its second week after President Vladimir Putin made the deadly decision to disrupt the peace in Europe last month.

Thousands of Ukrainians have already been killed and the humanitarian crisis is growing day by day as supplies of food, water, heating and medicine become scarce.

An estimated 1.7 million Ukrainians have now fled the country as major cities and regions including Kiev, Kharkiv and Mariupol continue to come under fire.

And Stakhovsky admitted he had little choice but to help his compatriots as he spoke to GB News presenter Mark Dolan.

“We have airstrike alarms four to seven times a day, so we have to come down,” Stakhovsky said. “Some of these alarms we ignore, even though we shouldn’t.

READ MORE: Williams says she’d be ‘in jail’ if she rages at referee like Zverev

Earlier this week, Stakhovsky also revealed Whatsapp messages that were sent by Novak Djokovic as the Serb offered to send money to help Ukraine.

“Stako, how are you man,” the post read. “Are you in the field? Thinking of you, hoping that everything calms down soon.

“Please let me know what would be the best address to send help, financial help, any other help as well.”