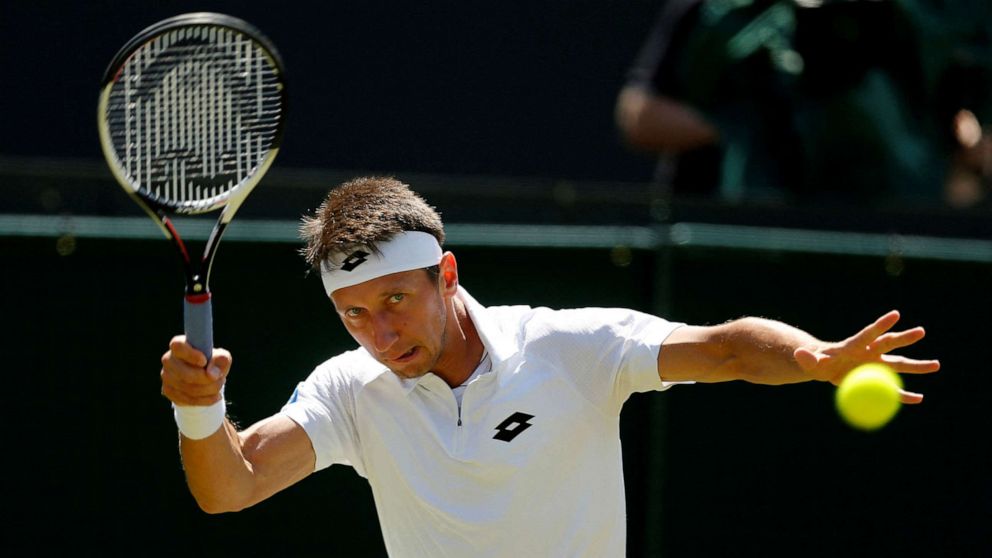 “I just had this strong feeling that I had to do it,” he told ABC News Live.

Ukrainian tennis star Sergiy Stakhovsky is known for representing his nation on the court, but now he’s gearing up to do the same on the battlefield.

“I just had this strong feeling that I have to do this,” Stakhovsky said in an interview on ABC News Live on Thursday.

Stakhovsky was vacationing with his family in Dubai when Russia invaded Ukraine on February 24. Almost immediately, he made the difficult decision to say goodbye to his wife and children in defense of their country. He became a member of the army reservists, helping to protect Kyiv, the capital of Ukraine.

“I didn’t really say goodbye to the kids. I just kissed them goodbye and said I’d be right back. They were watching cartoons and reading books, not really paying attention,” said Stakhovsky, explaining that they were unaware. why their father was leaving their trip early.

Stakhovsky said leaving his wife was more difficult because as soon as the war started she could tell he wanted to go and fight.

“We haven’t had an open discussion about it. But she had that feeling and I just didn’t want to bring it up too soon, we were on vacation. Right now it’s something she understands and she agreed. And I hope I will have the opportunity to ask for forgiveness in person,” Stakhovsky said.

Leaving loved ones to fight for Ukraine is a scene thousands of people have faced over the past eight days. While women and children fleeing the country were able to cross the border and find refuge in neighboring countries, men between the ages of 18 and 60 had to pick up a gun and fight.

Because Stakhovsky was on vacation and already outside the country, he could have stayed with his family. But he said he thought of his brother, father and others fighting for freedom and made the decision to return home to a war zone.

Stakhovsky said it was “one of the toughest decisions” he’s made with no obvious right answer. He feels guilty for leaving his family, but, he said, “if I had stayed, I would have felt guilty for leaving my father and my brother in Ukraine”.

“Crossing the border was a tough choice because I knew that was the point where, you know, you don’t come back,” he said. “But going through Ukraine, going through the country, seeing all the people coming together, forming their own resistance units with shotguns, barricading the roads, it’s really inspiring.”

Stakhovsky retired from professional tennis at the Australian Open in January. He has won four career singles titles and four doubles titles and ranked 31st in the world in career in 2010. Now he is learning how to use military weapons to protect a nation under attack.

“I feel like I’m not prepared enough, that’s for sure. But I guess nobody is prepared enough,” Stakhovsky said, speaking on Zoom while hunkering down with other soldiers in Kyiv.

He said that the fact that Ukrainian President Volodymyr Zeleskyy “is ready to go the distance and ready to risk his life by remaining in the capital while being surrounded by Russian troops” helps him and the other reservists.

He believes his troop is the last to join the reserves and they hope they won’t have to fight, but if the time comes he said he’s ready to do whatever it takes to help. to protect the freedom of Ukrainians.