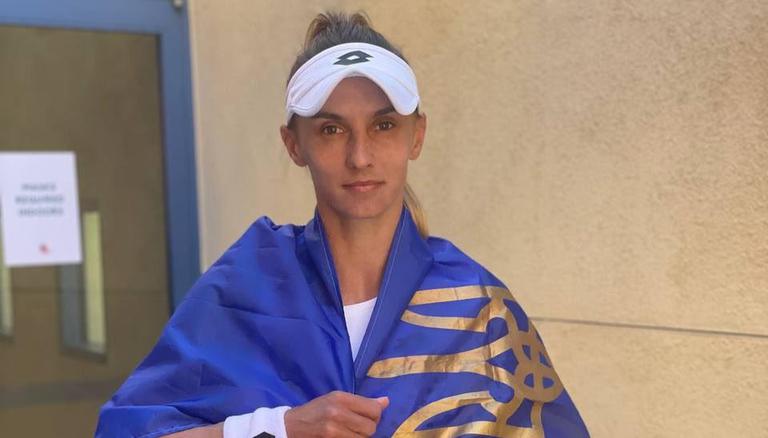 Ukrainian tennis star Lesia Tsurenko took to social media for help after violence broke out in her hometown of Kyiv, admitting she had “nowhere to go”.

Tsurenko has been on the road for a month, participating in various tournaments around the world. The 32-year-old, however, took to social media on Tuesday revealing she had nowhere to stay and pleaded for someone to provide her with a place to stay and train ahead of her next competition.

“After the worst month of my life with constant headaches, panic attacks and guilt over the war in Ukraine, I’m facing a new challenge… as a player based in Kyiv, I don’t I have nowhere to go. Now every Ukrainian has their own nightmare story…Where should I go?” Tsurenko wrote on Twitter, tagging the Women’s Tennis Association (WTA).

After the worst month of my life with constant headaches, panic attacks and guilt over the war in Ukraine, I’m facing a new challenge… as a player based in Kyiv, I don’t have nowhere to go.

Now every Ukrainian has their own nightmarish story… Where do I go? @wta #wta #tennis #Ukraine pic.twitter.com/T5Wep4QpLY

When Russia launched its military invasion of Ukraine last month, Tsurenko was not present in the country. Tsurenko was competing in a WTA event in Mexico before heading to the United States to compete at the Indian Wells and Miami Open. After an early loss in Miami, the Ukrainian flew to Spain to compete in the ATP Challenger Marbella. Tsurenko took to Twitter after losing in Marbella to explain the unpleasant reality she and other Ukrainian athletes have faced for the past month.

However, Tsurenko returned to social media a day after her heartfelt post, this time to thank everyone who shared her concerns and offered to help.

“I am extremely grateful to the whole world for your support and your willingness to help. I am overwhelmed with the emotions of your heartfelt words. Now I know for sure that everything will be fine. Thank you people!” she wrote on Twitter on Wednesday. .

Tsurenko appeals to the tennis community

Tsurenko was among the first Ukrainian athletes to call for sanctions against Russia after Vladimir Putin launched an all-out offensive on February 24. Tsurenko called on the tennis community to speak out against the war on social media. After his appeal, the International Tennis Federation (ITF) canceled all competitions that were to be held in Russia and also banned Russian and Belarusian players from playing under the flag of their respective countries.

“I would like to ask the entire tennis community to speak out against the war on their social media! I ask everyone to support Ukraine in this difficult time. It is simply unacceptable that people in my country die because of the political ambitions of the Russian dictator!” Tsurenko had tweeted on February 24.