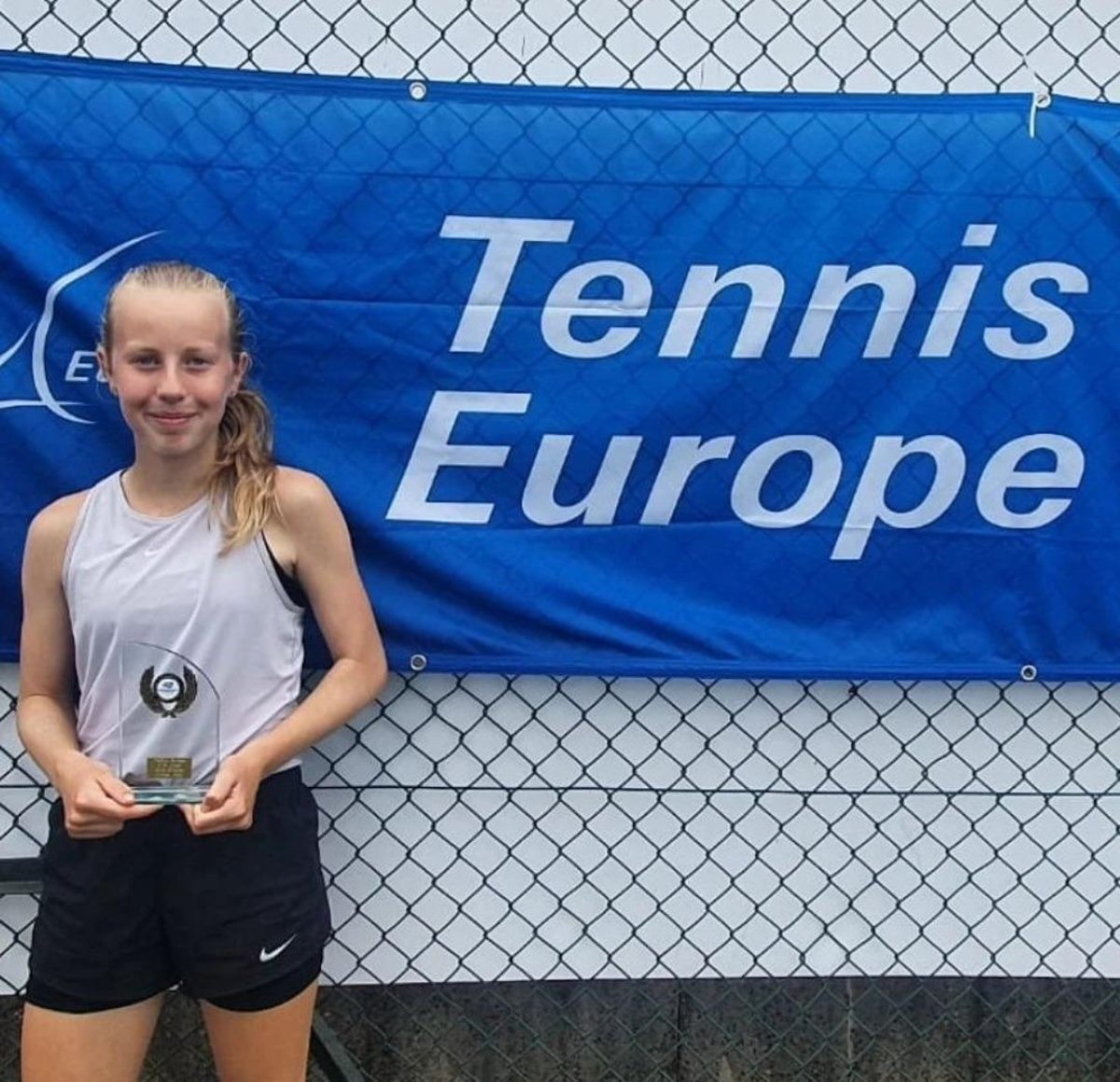 Tegan Bush of Earls Barton is 13 years old and attends Sir Christopher Hatton Academy.Tegan is currently ranked 6th for 14U women’s tennis in the UK.She trains five times a week in Birmingham at the Edgbaston Priory Tennis Centre, which her school, Sir Christopher Hatton, were very supportive of. Over the past year, some of his biggest tennis accomplishments include playing in the 14U Road to Wimbledon, where over 4,000 girls and boys register for the chance to compete at Wimbledon. Tegan won her county stage to qualify for the All-UK Girls’ Final 48. Tegan performed very well, finishing second in the singles and winning the doubles with her partner from Surrey. This year, Tegan won a 14U International European Tennis Tournament in Repton. At Nationals, Tegan did very well to win a 16U Tier 2 National Tournament, beating girls in the age category above her, with some girls almost 3 years older. At 14 and under, the UK’s top 32 girls recently competed at the Year 1 National Championships in Nottingham, with Tegan coming second! Tegan’s younger sister Leah Bush (11) is also doing very well with her tennis, who is also dating Sir Christopher Hatton and training at the Edgbaston Priory Tennis Centre. Leah is currently ranked 7th in the UK for 11U girls.

Tegan Bush of Earls Barton, winner of the 14U International Tennis Europe in Repton