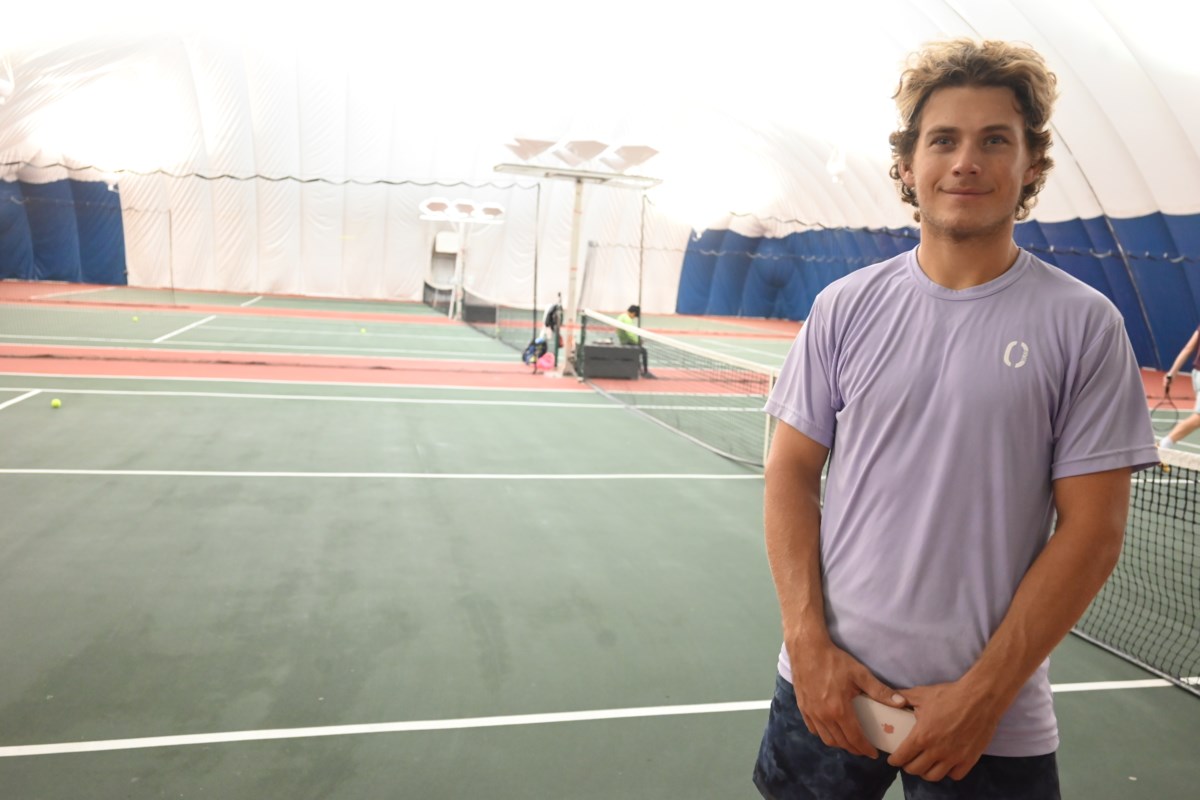 The Newmarket tennis star continues his streak of success

If you walk into the club, you can see a banner with Draxl’s face, covered with his accomplishments — becoming the NCAA’s No. 1-ranked player last year; reach rank 559 in the ATP professional rankings.

Most recently playing for the University of Kentucky, the 20-year-old continued to rack up the accolades, scoring five breakthrough points en route to helping his team reach the NCAA Men’s Tennis Tournament Finals in May.

“It’s been crazy, for sure,” Draxl said of his senior season. “We worked hard as a team and kind of took it one game at a time… It was an amazing experience that I’ll never forget.”

Draxl grew up playing tennis in Newmarket, where he was coached by his father and accomplished tennis player Brian Draxl. He rose to prominence as a junior player, winning titles with the Ontario Tennis Association and becoming the No. 1 ranked provincially and nationally in the Under-14 category.

“Newmarket Tennis Club is very special,” he said. “We feel like a family. Everyone knows everyone. All the members get along so well… When I was younger, I lived at the club all day. I would go all the way to Main Street if I wanted something to eat. It just made me fall in love with the game.”

This love of the game carried Draxl far as he began to make his way into the professional world of tennis. He won his first professional doubles title at the ATP Challenger in July 2021. He currently ranks 454 in doubles under the ATP and reached a career high of 330 on July 18.

Draxl enjoyed great success during his last three years at the University of Kentucky, where he majored in communications.

Making the jump to play in the NCAA or any new competition comes with some adjustments, but there is a process he sticks to.

“It’s basically the same thing. I work very hard every day to try to improve,” he said. “You have to be really process-based when you’re trying to be a pro athlete. That’s what I tell myself all the time. I don’t dwell too much on a win or a loss, I stick simply to the process.

Playing towards a professional career comes with setbacks, whether it’s injury or travel complications, Draxl said.

But he added that his love for support kept him going.

“I love the competition aspect. I love playing all these matches, these competitions,” he said. “My family, my mother and my father, they sacrificed so much for me, I don’t want to disappoint them… I also want to make them proud. I want to make Newmarket proud. »

The tennis star is back in town for a few weeks as he prepares for professional tournaments in Quebec and Alberta.

Draxl will train with his father, with the club that helped him become the player he became.

“It’s a long road. There are no secrets, and you just have to work hard and try to be the best version of yourself every day.

Round-up of tennis news, including Dominic Thiem and Felix Auger-Aliassime