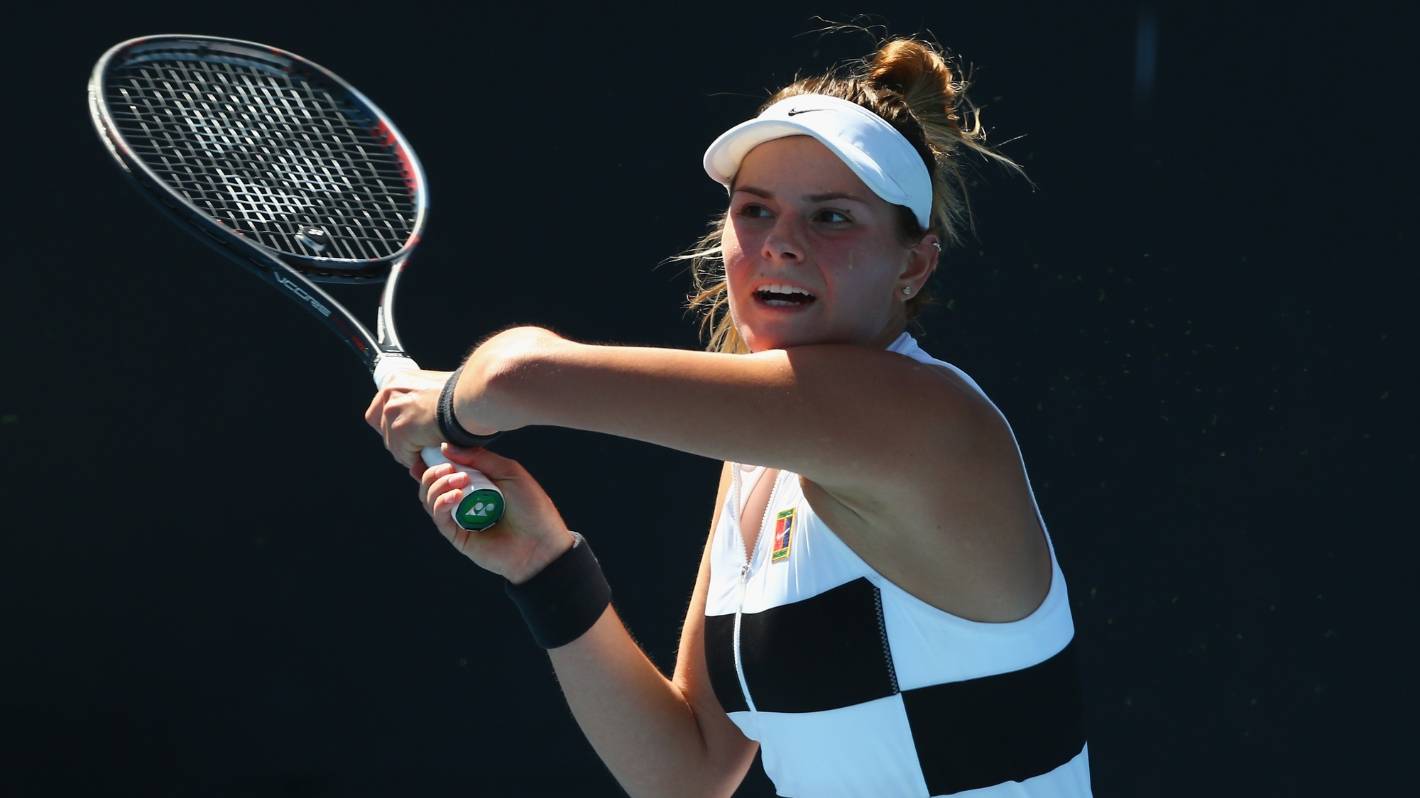 When Ukrainian tennis player Katarina Zavatska first learned that Russia had invaded her homeland, she couldn’t pick up a racket for over a week.

Every waking second, she said her thoughts were with the safety of her family back home in Ukraine.

As the Russian-Ukrainian war enters its seventh week, Zavatska has come to grips with the ‘guilt’ she first felt about playing a game while her family lived in fear and agony. constant danger.

She thinks it is her duty to keep playing tennis.

“What I can do is play tournaments to make money, send it to my family to help them because no one has a job right now in my family,” Zavatska said. “Everyone is just at home. They don’t have to do anything to win.”

Zavatska and teammates Dayana Yastremska, and Lyudmyla and Nadiia Kichenok will represent Ukraine this weekend in Asheville, North Carolina against third-seeded United States in the Billie Jean King Cup qualifying round – formerly known as the Fed Cup and the women’s equivalent of the Davis Cup.

The Ukrainian president condemned statements by separatists calling for the use of “chemical forces” against troops defending Mariupol.

At the start of the war, Zavatska was making phone calls every 30 minutes, worry overwhelming her as she tried to prepare for tennis tournaments in the United States.

“Every day I call my parents, my family, to ask if they are alive,” Zavatska said. “It sounds very harsh, rude. But it’s true. This is the reality right now.”

Russia first invaded Ukraine on February 24. Ukrainian President Volodymyr Zelenskyy told The Associated Press on Saturday that he was determined to push for peace despite Russian attacks on civilians. Vadym Boychenko, the mayor of the Ukrainian port city of Mariupol, said on Monday that more than 10,000 civilians had died in the Russian siege of his city, and the death toll could top 20,000.

Zavatska, 22, said her father was originally supposed to travel with her to tennis tournaments before the war started.

Instead, he focused on moving Zavatska’s mother and grandmother and other female family members to a safe haven in France, where she rents an apartment and trains for a while. the offseason. But he remains in Rivne, Ukraine, with male family members, to defend the country.

“For women to leave without their man, it’s very difficult,” Zavatska said.

“My cousin, for example, she is pregnant. I have my niece, she is almost 5 years old. It’s impossible to be alone in this kind of situation because all the men have to stay.”

In the meantime, Zavatska is fighting her own mental battle to stay focused on tennis.

“The first week (of the war) it was difficult to do anything,” Zavatska said. “Surrounded by people who listen to music, who laugh, who live, who talk, it was impossible. I understand that people have to live, but…”

Ukraine team captain Olga Savchuk said most of her family lived underground in a bomb shelter in Ukraine as the war raged.

She described her emotions “beyond explaining and imagining”.

“It’s like we live in two different realities,” Savchuk said.

“We are there, of course, we must continue to support our families. (But) sometimes, just like eating, I think of my grandfather and my aunt who are now in a bomb shelter. How can I even have a cup of tea right now? My family is like clandestine. I get goosebumps even when I talk about it.

Every day without them, she says, is difficult. But in some ways, it’s become the new normal.

“You wake up, the first thing you do is check in on your family and check the news,” Savchuk said. “We do this basically non-stop.”

Team USA captain Kathy Rinaldi said the Americans are trying to make the Ukrainian team as comfortable as possible this week in Asheville.

The teams have planned a dinner together on Thursday evening.

Meanwhile, 10% of ticket revenue for the weekend is donated to the Ukraine Crisis Relief Fund by Global Giving through the “Tennis Players for Peace” initiative. Billie Jean King, who will attend Friday’s games, and her partner Ilana Kloss are also donating $50,000 to Ukraine Relief, and other local sponsors in Asheville are also making donations.

“When you look at tennis, we really are a real family,” Rinaldi said. “We come together when things are tough. … We are adversaries on the pitch, but we are allies and friends off the pitch. We really care about each other and stick together when times get tough. ”

Ukrainian women said that being on the tennis court gave them a short mental respite from the reality of what is happening at home – the attacks, bombs and murders.

But once they leave court, they’re back on their phones – calling home and checking on family.

Zavatska and Savchuk said that while they would love to win this weekend and qualify for the Billie Jean King Cup final and give inspiration and pride to the people of Ukraine, both agreed that they would trade victory for peace at home.

Tennis news • Nadal officially out of Barcelona, ​​but no reason to panic over Roland-Garros status

Tsitsipas and Zverev to the neighborhoods of Monte Carlo, Ruud ousted | Tennis News