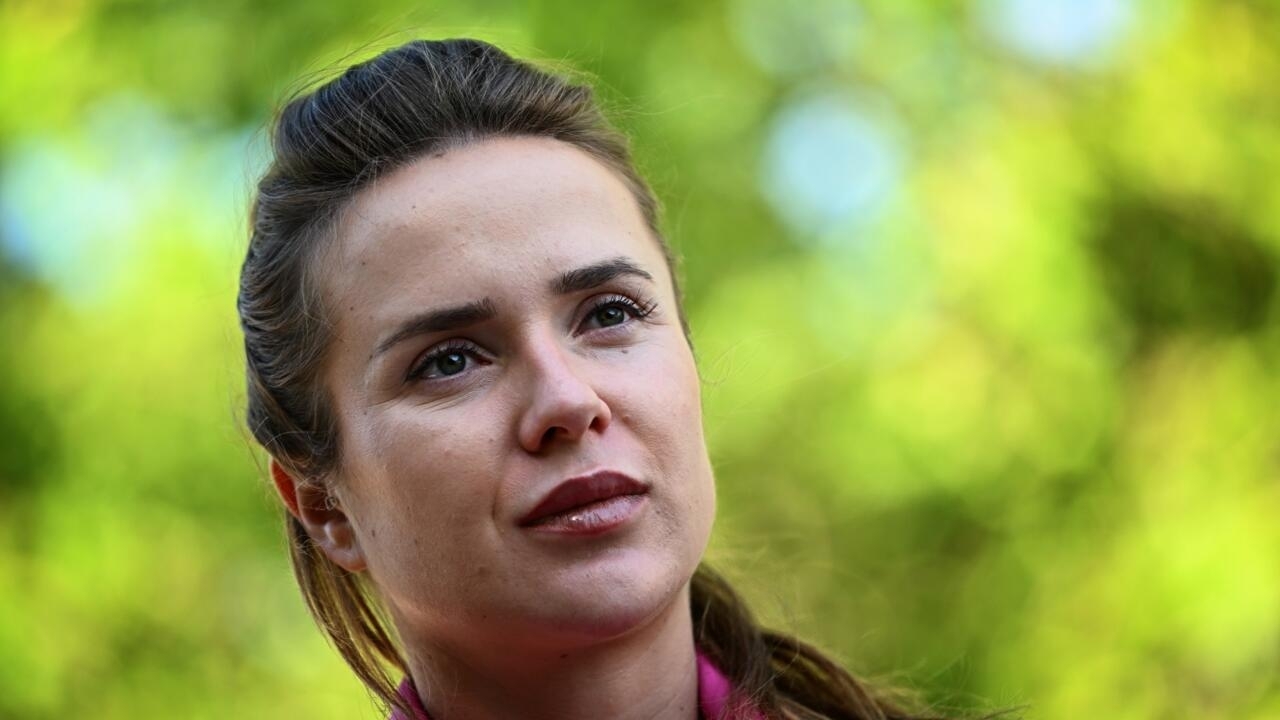 Paris (AFP)- Elina Svitolina, former world number three in women’s tennis, told AFP she hopes one day to return to see her octogenarian grandmother, who has been stranded in the Black Sea port of Odessa since the invasion of Ukraine by Russia.

“I hope it will end one day and I can come back to see her,” Svitolina said.

The 27-year-old was speaking a week after she and Ukrainian Champions League-winning football legend Andriy Shevchenko were invited in a Zoom call by Ukrainian President Volodymyr Zelensky to become United24 ambassadors.

The charity was started by Zelensky to collect donations to cover Ukraine’s most urgent needs: defense and mine clearance, medical aid and rebuilding the country which has been devastated since Vladimir Putin took over. launched the invasion in February.

Svitolina is expecting her first child – a baby girl – in October with French tennis star Gael Monfils, but says the good news is outweighed by her anxiety for her family members who remain in Ukraine.

Svitolina’s parents and brother managed to leave but apart from her grandmother Tamara, her uncle and his family remain in Odessa.

The city, a multicultural crossroads of a million inhabitants, is de facto under Russian blockade and has found itself isolated.

Svitolina, a semi-finalist at Wimbledon and the US Open in 2019, says it’s particularly trying for her grandmother’s generation who experienced the Nazi invasion in 1941.

“It’s hard for older people to go through another war,” she said.

“The food deficit, staying at home or in a basement for days…for them, it’s extremely stressful and very, very hard mentally.

“I try to keep in touch with her in Odessa and help her as best I can. She was way too old to move.”

Svitolina says her grandmother has an unlikely saviour.

“She is with her cat who, she says, is her biggest defender!

“My uncle and his family don’t live that far from her. They see each other when it’s possible to leave the house and that’s a big help.

“Our friends are also helping out by volunteering to go see her.”

Although she hasn’t lived in Ukraine for years, Svitolina said “she feels like home” and used to visit three or four times a year.

Hence his desire to do something to help his country like other prominent Ukrainian sports figures such as fellow tennis player Sergiy Stakhovsky and Tiraspol Sheriff’s manager Yuriy Vernydub who returned to join .

“Many of my friends came back and took up arms to defend the country,” she said.

“So many people are struggling right now, that’s why I feel like thanks to (United24) we can do something that will help all Ukrainians, military personnel and children who are in need.

“It’s a small part to play that will hopefully make a difference.”

Svitolina admits she was nervous when she joined former Ukrainian national manager Shevchenko for the call with Zelensky.

“It was such an honor and I was really worried like never before. Even when I was in the Wimbledon semi-finals I wasn’t that worried,” she said.

She and Shevchenko will raise funds through charity events and advertise them through their social media platforms. However, Svitolina can no longer play in exhibition matches due to her pregnancy.

She says her “mission” is the least she could do given the example of leadership Zelensky had set from the start.

“That’s why, with his example, he gives Ukrainians all this hope.

“It’s a huge example of respect for President Zelensky for his bravery in staying in the country. He exceeded all expectations.”

Svitolina says that after many months of war and with no end in sight, it was important to keep people’s minds focused on the conflict.

“I am so heartbroken now to see how many cities have been destroyed and how many people, young and old, have lost their lives in an instant,” she said.

“They need help and I can be the one who can add a drop of help to the ocean for them.”