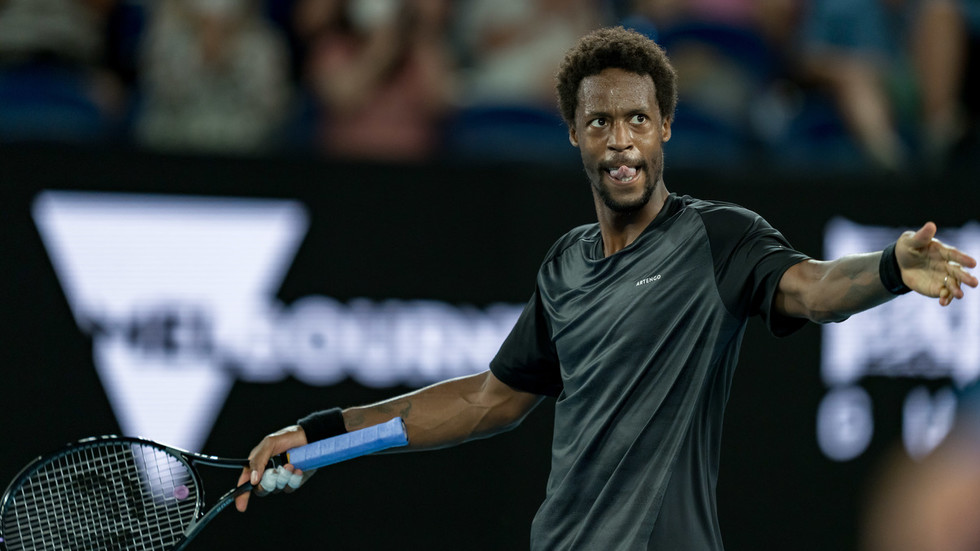 Australian Open quarter-finalist Gael Monfils has said he will not be able to play at the Davis Cup next week after saying he suffered from health issues which “Probably” arrived after receiving a third booster dose of a Covid-19 vaccine.

Currently ranked as the 25th best male player in the world, Monfils made the announcement in a brief social media statement in which he explained his recent health issue.

His withdrawal from the France Davis Cup squad makes it four events he has withdrawn from, with the list also including events in Rotterdam, Doha and Dubai.

Gaël Monfils needing rest after a “small health problem following his third dose”. Skip the Davis Cup. Hoping to be back for Indian Wells and Miami. https://t.co/hklJdsvPgN

“Hello everyone, I wanted to give you some news following my recent rest in tournaments,“ Monfils wrote on social media.

“I suffered from a small health problem (probably following my third dose of vaccine).

“On the advice of my doctor, I decided to take time to rest.

“Unfortunately, I won’t be able to play the Davis Cup next week.

“I hope to be able to return to the United States.“

Monfils last appeared at the Montpellier Open in his native France at the end of January in which he suffered a shock 6-1, 6-2 defeat at the hands of ranked underdog Mikael Ymer – a game that is came just days after a thrilling five-round loss. to Matteo Berrettini in the Australian Open Round of 16.

“I was not well tonight,“ he wrote on Twitter after the loss.

“I don’t want to tweet only the wins and the positive side.


“I played badly and it would be too easy to say that I should have done like this or like that. I know that many of you were expecting me at the highest level for my first tournament of the year in France and I am the first disappointed.

“The season has just started. There will be great matches, disappointments and victories. But that’s also tennis. We win together but we also lose together. Now it’s time to recover well and prepare for the next tournament..“

He had also previously stated that he was “very motivated” to represent his country in the Davis Cup.

Monfils had fulfilled Covid-19 vaccine mandates to enter Australia for the first Grand Slam event of the year last month, although it is unclear when he received his third shot.