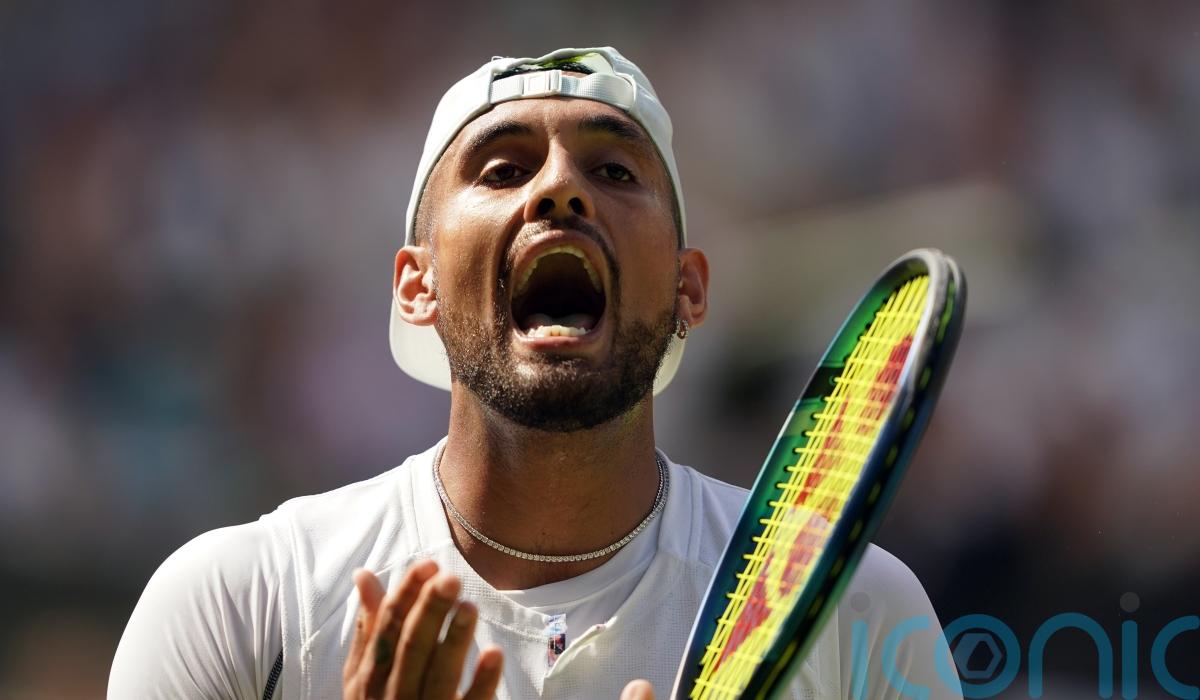 The spectator accused by Nick Kyrgios of having “around 700 drinks” at this year’s Wimbledon final has settled a legal case with the Australian.

Kyrgios had complained to the referee about Anna Palus’ behavior during her four-set loss to Novak Djokovic on center court.

After receiving a code violation for swearing, after a spectator called before his second serve, Kyrgios pleaded with umpire Renaud Lichtenstein to eject the woman “who looks like she’s had about 700 drinks. “

Palus was briefly removed from court and later explained that she only had two drinks.

In a statement released via Knight Temple Law, which represented Palus, Kyrgios apologized for his comments, adding that he had made a large donation to charity as he sought to “make amends”.

Kyrgios said: “On July 10, 2022, during the Wimbledon men’s final, I told the referee that a fan, who I now know to be Anna Palus, was distracting me during the match, believing she was drunk.

“I accept that this belief is wrong and apologise. To make amends I have donated £20,000 to the Great Ormond Street Hospital Charity, a charity chosen by Ms Palus. I will no longer comment on this affair. “

Kyrgios’ surprise run to his first Grand Slam final was littered with controversy, with clashes with referees, linesmen, the media as well as spectators.