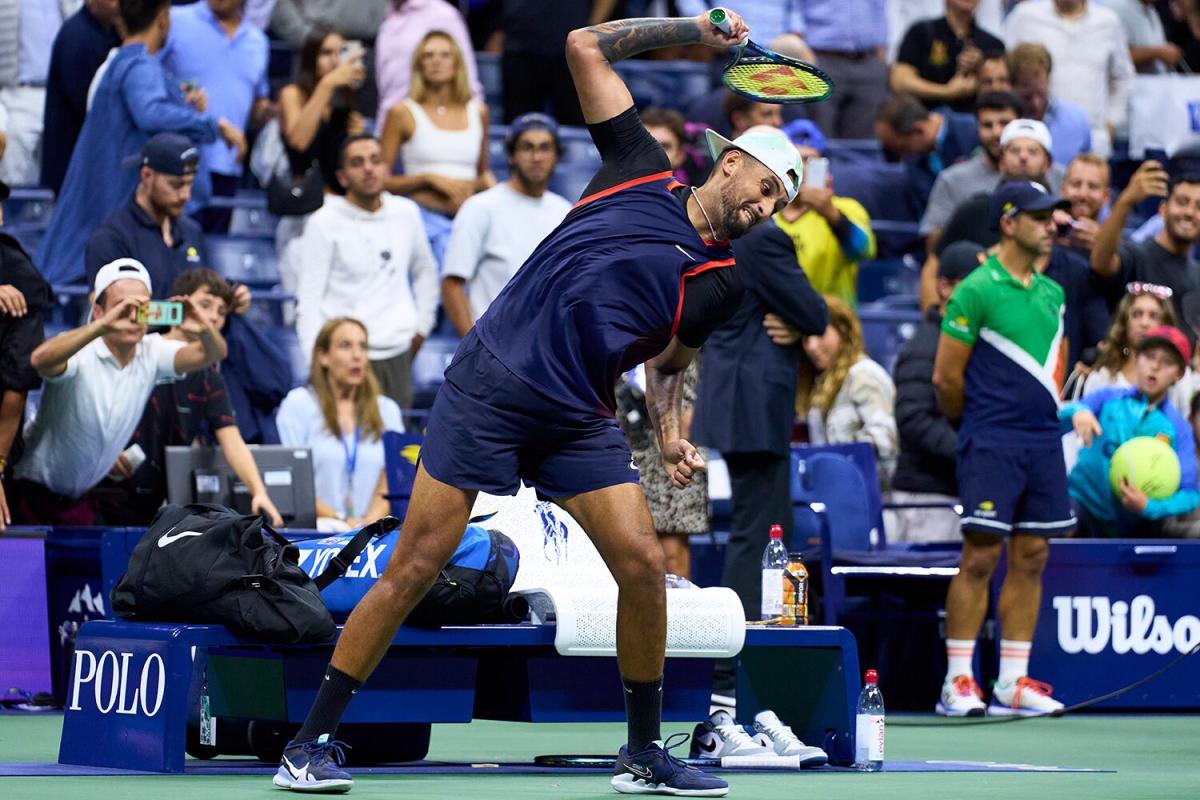 Australian tennis player Nick Kyrgios wasn’t happy about being ousted from the US Open quarter-finals on Tuesday.

In a clip shared by Eurosport, we see the world No. 25 hitting his racquet three times against the ground before throwing it. He then grabs another racket and breaks it as well.

In a post game press conferenceKyrgios spoke about his frustrations after the loss.

“Honestly, I feel like s—,” Kyrgios said. “I feel like I let so many people down. These four tournaments [the Grand Slams] are the only ones that will ever matter.”

“It’s like you have to start all over again. I have to wait for the Australian Open,” he added. “It’s just devastating. Like, it’s heartbreaking. Not just for me, but for everyone I know who wants me to win.”

Kyrgiosseeded No. 23 in the tournament, also congratulated his opponent during the press conference.

“But all credit goes to Karen. He’s a fighter. He’s a warrior,” Kyrgios said. “I think he served really well today. Honestly probably the best server I’ve played with this tournament, to be honest the way he was hitting his spots under pressure.”

“He just played the big points well,” he added. “There was really nothing in it. I’m just devastated obviously. I just feel like it was either winning it all or nothing at all, to be honest. I feel like I failed to this event right now. That’s what it’s like to feel.”

After the match, Khachanov, the 27th seed at the US Open, said it was a “crazy match”.

“I expected it to be like this. We played almost four hours, it’s the only way to beat Nick, I think,” he added.