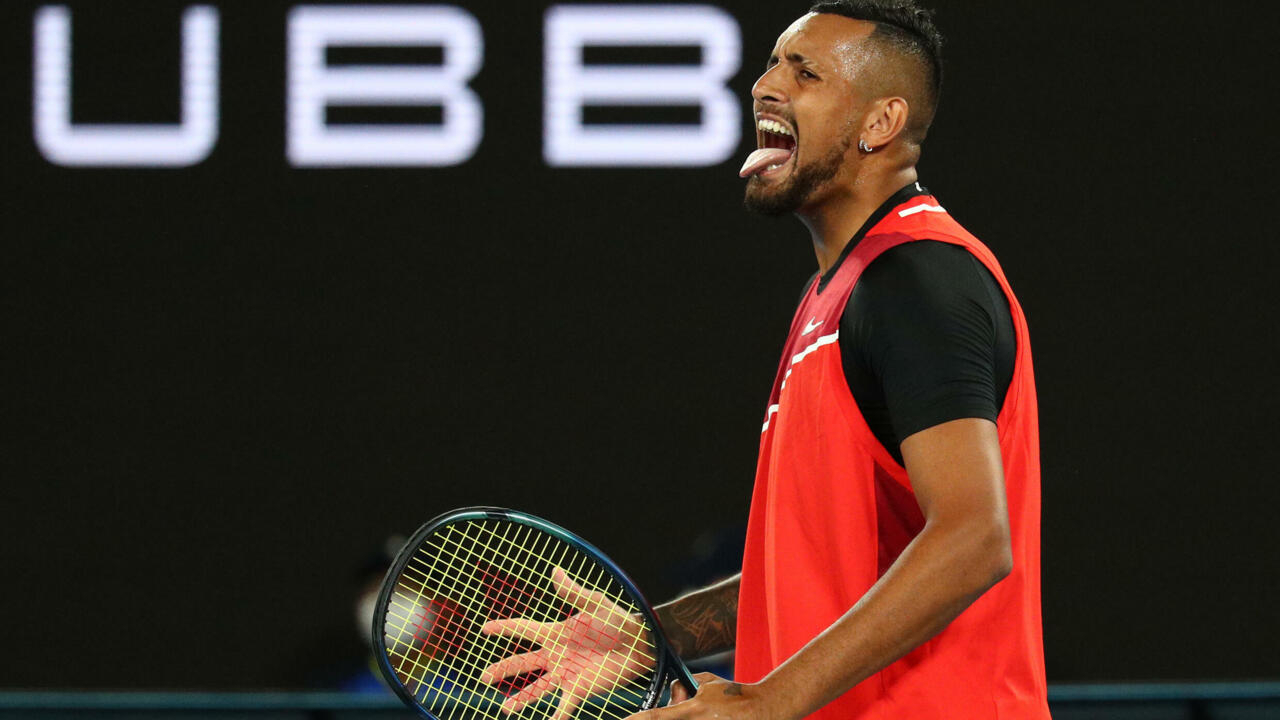 Tennis star Kyrgios says he had suicidal thoughts and self-harm

Sydney (AFP) – Australian tennis star Nick Kyrgios says he had suicidal thoughts, abused drugs and harmed himself during a dark time in his life in 2019.

He linked it to a photo from the 2019 Australian Open in which he highlighted marks on his arm.

“That was me 3 years ago at the Australian Open. Most assumed I was fine mentally or just enjoying life…that was one of my darkest times” , the 26-year-old said.

“If you look closely, on my right arm, you can see my self-harm. I was having suicidal thoughts and literally struggling to get out of bed, let alone performing in front of millions.

“I was lonely, depressed, negative, abusing alcohol, drugs, pushing family and friends away. I felt like I couldn’t talk or trust anyone.”

Kyrgios had a rollercoaster season ahead of the 2019 Australian Open and was frequently criticized for his on-court antics.

Extremely talented, he was also combustible and earned a reputation for exploding and collapsing on the pitch.

He said on Instagram that his descent into depression and suicidal thoughts was “the result of not opening up and refusing to lean on my loved ones”.

Kyrgios added that he was now “proud to say that I have completely turned around and have a completely different view of everything” and offered to help others who were struggling.

“I know everyday life can feel extremely exhausting, sometimes impossible. I understand that you feel like if you open up, it can make you feel weak or scared. I’m telling you right now, it’s okay, you’re not alone,” he said.

“Please don’t feel alone, if you feel like you can’t talk to anyone, I’m here, reach out to me.”

Kyrgios, whose ranking has dropped to 137, is the latest in a string of top athletes to speak publicly about their mental health, including tennis star Naomi Osaka.

The former world no. suffered from depression.