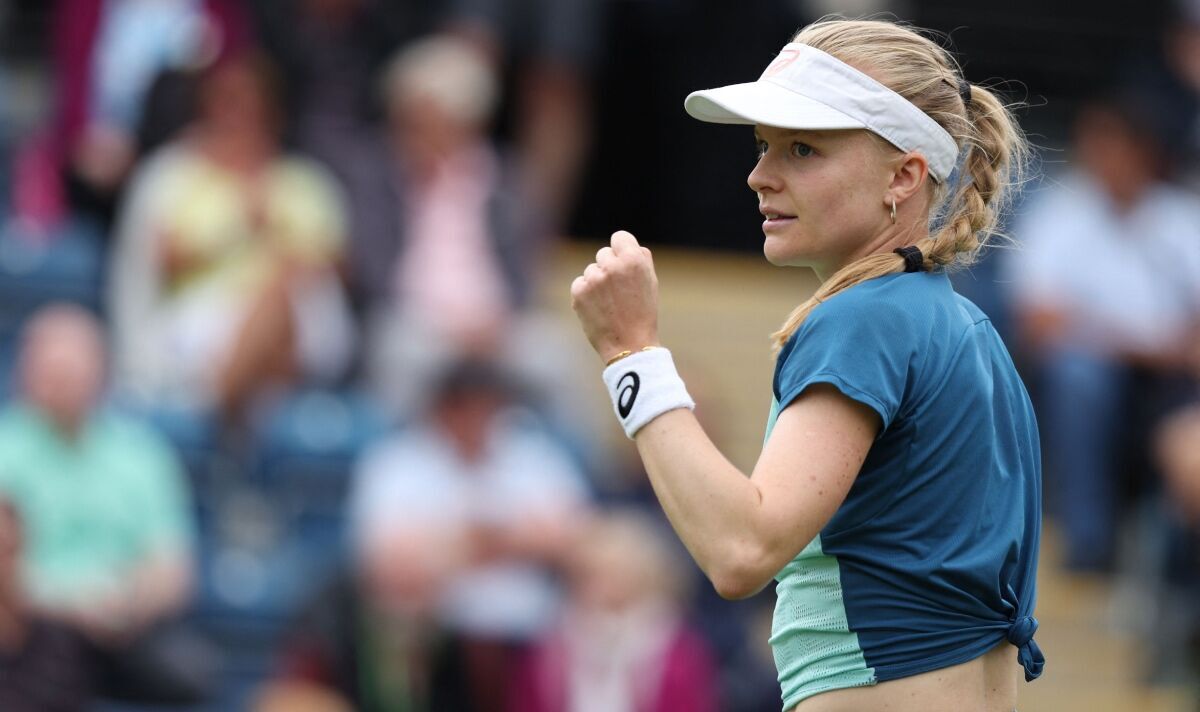 Harriet Dart has revealed ending a “toxic” relationship and finding a “nice boyfriend” has boosted her career this season.

The British No. 3 beat Camila Osorio 6-2, 6-0 at the Rothesay Classic Birmingham yesterday to set up a second-round draw with No. 2 seed Simona Halep. Her first victory in the second city on her sixth attempt follows the Londoner’s entry into the top 100 for the first time earlier this year and victory over world No. 26 Camila Giorgi on her way to the quarter-finals of Nottingham last week.

But after a tough time in her personal life, the star has revealed she is on the road to recovery, back to her best, ready to take tennis by the horns. And with Wimbledon on the horizon, the star thinks she could move on after “taking steps” in the right direction.

The world No. 106 said: “I went through a very bad personal period which was not a fun period of my life last year. I really had to work on a lot of things.

“I’m much happier now, I have a good boyfriend now, which is good. I went through a bad relationship, it was very toxic, and I believe if you’re happier off the pitch, you’re happier on court.

“It’s like any job, if you bring things from home to work it’s very difficult. I really feel like I belong a lot more. In previous years I had good results, but I lost some pretty close matches.

“Being able to go through a tight game last week against a good player like Camila Giorgi, especially when she had good results on grass. It’s not just about doing well here, it’s about doing well all over year. I feel like I’ve taken steps in that direction.”