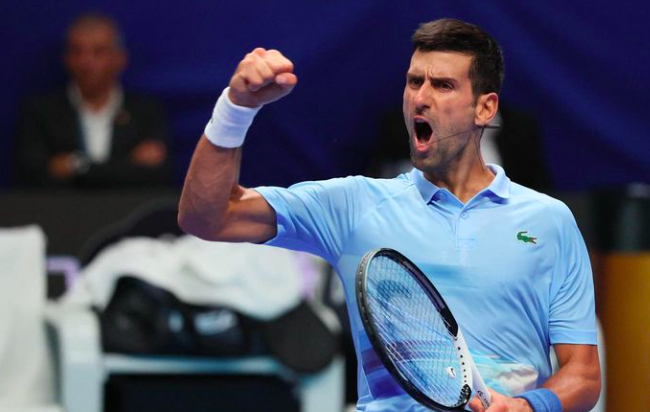 Serbian tennis player Novak Djokovic entered the world of wine by launching two labels on the market with his family winery.

Djokovic Syrah 2020 and Djokovic Chardonnay 2020 are expected to appear in wine shops and on restaurant menus in Serbia starting this month, after their release in the country.

The famous tennis player is said to have originally planted vines and built a winery on 5 hectares of land in Serbia’s Šumadija wine region in 2016. Wines from the estate are now on the market for the first time, but will only be available in Serbia . for the moment.

Around 8,500 bottles of the first vintage are due to go on sale, with plans to double production in 2023. However, the planned capacity of the winery is around 60,000 litres, meaning plenty of scope for expansion.

According to the estate’s winemakers, quantities of wine have already been allocated for worldwide distribution, Serbian media Vino & Fino reported this month.

The land acquired by the Djokovic family for winemaking was a vineyard site over 50 years ago, but had since been abandoned and existed as woodland prior to the family’s purchase.

Goran Đoković, oenologist at the winery and uncle of the Winbledon champion, said: “The challenges are many, but we try to achieve the maximum in this area, as in everything. Even every racket shot from Novak isn’t perfect, but he’s still the best in the world.

In other tennis related news, a woman who went viral last year for her antics at the US Open tennis tournament has once again taken the internet by storm, as the tennis fan drinks a beer in seven seconds flat for the benefit of the television cameras.

And the fan Nick Kyrgios kicked off center court in the Wimbledon final has come forward, saying she only had two drinks and was trying to support the Australian tennis player.