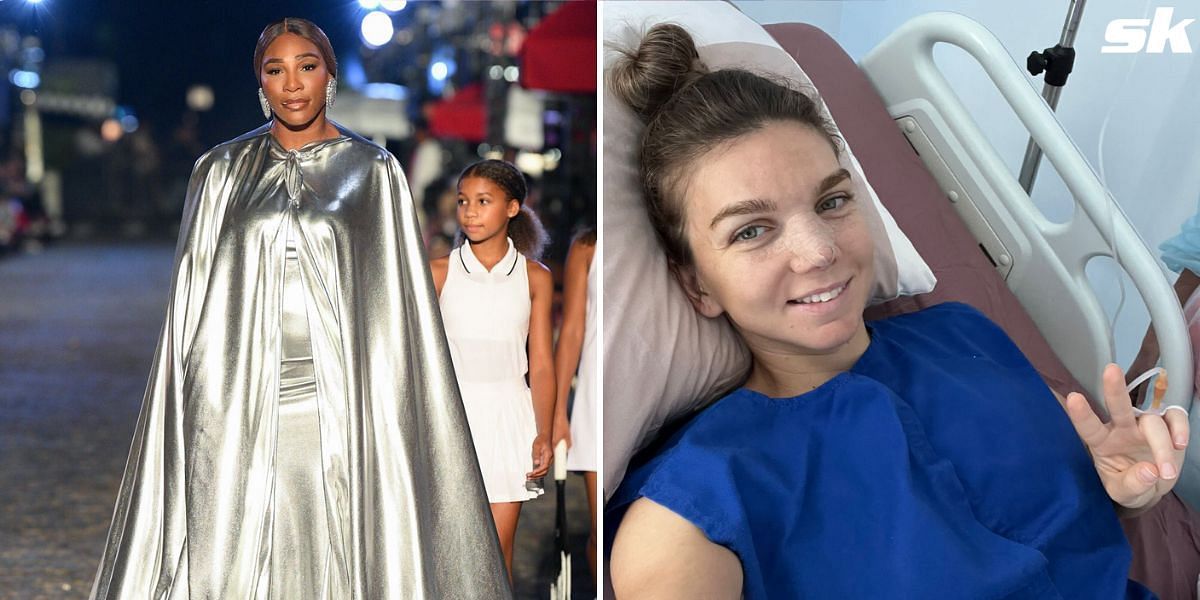 Although Serena Williams has left the tennis courts behind, she continues to be linked to the glitz and glamor of the fashion world. Vogue is celebrating its 130th anniversary and at a special event during the ongoing New York Fashion Week yesterday, Williams played a vital role.

Simona Halep, meanwhile, has been suffering from respiratory issues for some time and has now undergone surgery to fix it. And Eugenie Bouchard, who is currently competing at the Chennai Open, picked up her first victory since March 2021 by beating Joanne Zuger in the first round.

Serena Williams opened the Vogue World Runway at New York Fashion Week. The 23-time Grand Slam champion looked stunning in a custom Balenciaga outfit as she strutted down the runway.

The event celebrates 130 years of Vogue, an iconic magazine.

Williams often juggled her interest in fashion with her tennis career and business ventures. But with her recent retirement from the sport, she now has more free time to focus on things outside of tennis.

Simona Halep goes under the knife to solve her respiratory problems

Former world number 1 Simona Halep has revealed she underwent a corrective procedure to resolve her breathing issues. She also took the opportunity to do some extra work, as she had plastic surgery on her nose.

“As some may already know, I have been battling nose problems for some time and it got worse over the summer, especially in Washington. This problem made it hard to breathe and even worse during the night because I had a completely blocked nose. . The only way to solve the problem was to undergo surgery. Doctor Daniel Popescu performed it and took the opportunity to do plastic surgery. Thank you!” Halep wrote on Twitter.

Hi guys, I have an important message for you. See you soon on the tennis court

Hi guys, I have an important message for you. See you soon on the tennis court ❤️ https://t.co/LhAUNtM67e

The surgery went well and Halep hopes to return to tennis soon after a period of rest.

Eugenie Bouchard defeated Joanne Zuger 7-6(4), 6-2 in the first round of the Chennai Open, her first win since March 2021.

The Canadian has been out for over a year after undergoing surgery last year. She made her comeback last month at the WTA 125k event in Vancouver, but lost in the first round.

Emma Raducanu qualified for the 2nd round of the Slovenia Open

Emma Raducanu’s title defense at the US Open ended in the first round itself. But she got off to a winning start at the Slovenia Open after taking a last-minute wildcard to compete there.

Raducanu led Dayana Yastremska 6-2, 5-3 and was expected to serve for the match, but her opponent retired due to injury.

The Brit will next face either Elizabeth Mandlik or Anna-Lena Friedsam in the second round.

Jannik Sinner, Felix Auger-Aliassime and Matteo Berrettini will headline the next Florence Open

Italy is expected to host a few ATP 250 tournaments next month, including the Florence Open. This event will be held from October 10 to 16 and many well-known names have signed up.

Jannik Sinner, Felix Auger-Aliassime and Matteo Berrettini are the star headliners. Lorenzo Musetti, Holger Rune, Gael Monfils and Maxime Cressy are some of the other players scheduled to compete.