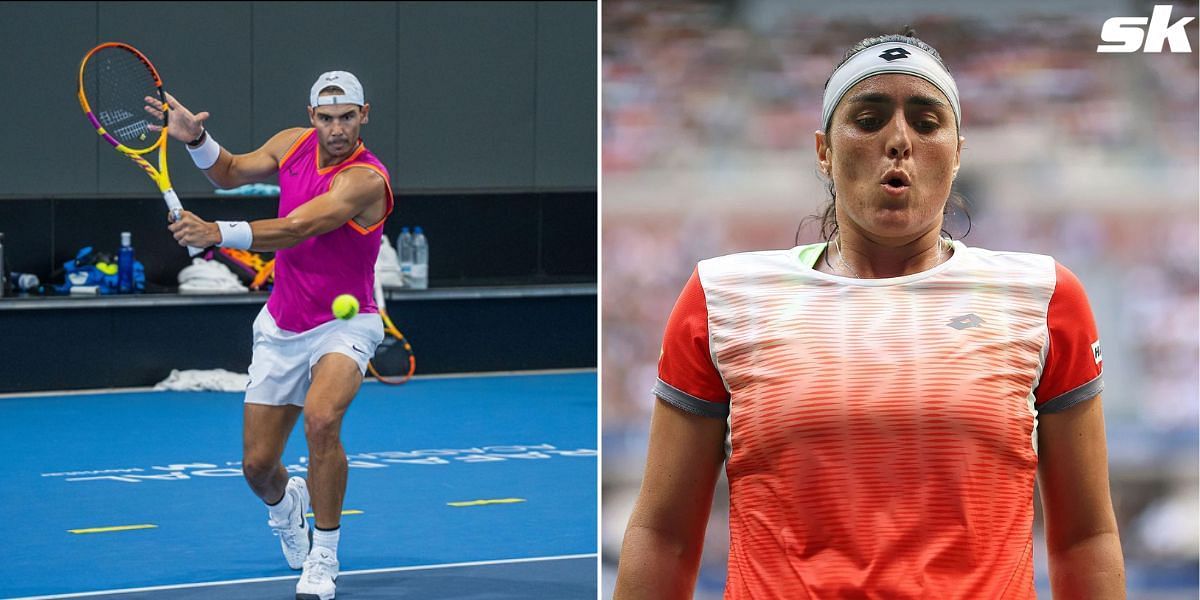 Rafael Nadal could return to the tour sooner rather than later if his latest Instagram post is anything to go by. The Spaniard was seen training at this academy. World number 2 Ons Jabeur suffered a shock loss to Claire Liu in the quarter-finals of the Jasmin Open.

Anett Kontaveit and Jelena Ostapenko have withdrawn from the upcoming San Diego Open due to injuries. Novak Djokovic and Daniil Medvedev are set for a semi-final showdown at the Astana Open. Nick Kyrgios has been forced to withdraw from the Japan Open due to injury. Here is a summary of the day’s headlines:

Rafael Nadal is preparing for a potential return to the circuit

22-time Major champion Rafael Nadal’s plans for the rest of the year appear to be on hold. Recovering from an injury, as well as the impending birth of his first child, kept him busy. However, the Spaniard could now be preparing for his return to the tour by sharing an Instagram update in which he was seen training.

It looks like Nadal feels healthy enough to train regularly. He’s on the Paris Masters entry list and qualified for the ATP Finals, and those will likely be the only tournaments he’ll play in if he returns.

The success of world number 2 Ons Jabeur has led to a WTA tournament being held in her native Tunisia. She was expected to win the whole thing but has now crashed out in the quarter-finals.

Claire Liu beat her 6-3, 4-6, 6-4 to claim the biggest win of her career so far. The American will face Elise Mertens for a place in the final. Jabeur will return to action at the WTA Finals.

World number 3 Anett Kontaveit has withdrawn from the San Diego Open due to a back injury. She had to withdraw from the ongoing Ostrava Open for the same reason, ending her title defense in the second round.

Jelena Ostapenko won’t be making the trip to San Diego either. She injured her foot during the Korea Open and seems to have made it worse while competing in Ostrava.

Nonetheless, most of the top 20 players will attend the San Diego Open, making it one of the most competitive courts of the season.

Novak Djokovic continued his good form by beating Karen Khachanov 6-4, 6-4 in the quarter-finals of the Astana Open. It was his seventh straight victory, that too without losing a set. Meanwhile, Daniil Medvedev crushed Roberto Bautista Agut 6-1, 6-1 in the quarter-finals.

Djokovic and Medvedev are now set to face each other in the semi-finals. This will be their first meeting this year. The Serb leads 6-4 head-to-head and won his previous encounter at the Paris Masters last year.

Nick Kyrgios out of Japan Open due to injury

Nick Kyrgios appeared to be in fine form at the Japan Open, where he reached the quarter-finals and semi-finals in singles and doubles respectively. However, he withdrew from the tournament due to a knee injury. The injury has been bothering him for a while now and it seems to be a bit worse.

Fritz, who was due to meet Kyrgios in the quarter-finals, advanced to the semi-finals. The Australian will next be seen at the Swiss Indoors Basel.