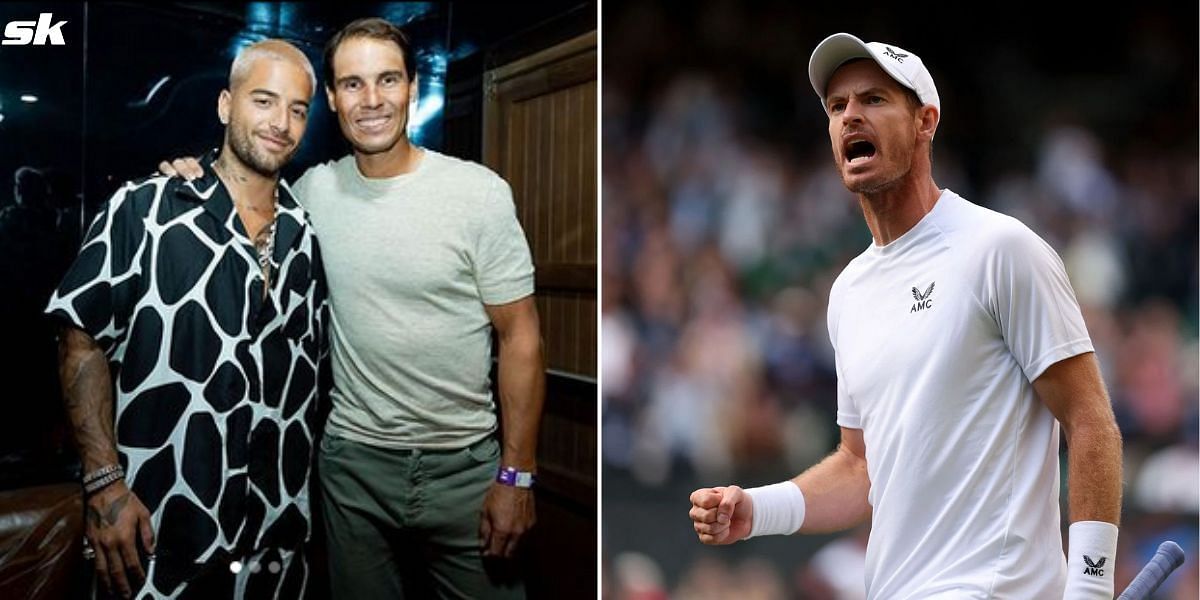 Rafael Nadal continues to enjoy his free time after sustaining a torn abdominal at Wimbledon. He attended pop star Maluma’s concert on Wednesday and also hung out with the singer. Andy Murray had to dig deep as he trailed by a set and a break but eventually overcame Max Purcell to reach the last eight at the Hall of Fame Open.

Defending champion Casper Ruud lost in the second round of the Swedish Open, while Barbora Krejcikova was knocked out in the first round in Budapest. World No. 1 Iga Swiatek has started training for her next tournament after a short break. Here is a summary of today’s news.

22-time Grand Slam champion Rafael Nadal attended Colombian superstar Maluma’s concert in Spain on Wednesday night with his friends. Nadal seemed to have had a great time and even met the singer backstage.

Nadal’s upcoming schedule is not set in stone, although he is on the entry list for the Canadian Open next month.

Andy Murray looked down in his second-round match against Max Purcell at the Hall of Fame Open. The Australian, who won the men’s doubles title at Wimbledon, trailed by a set and a break.

However, Murray stepped up his game considerably afterwards, winning 12 of the next 13 games to take the game 4-6, 6-2, 6-1. He will face third seed Alexander Bublik in the quarter-finals on Friday.

After a first-round bye, Casper Ruud faced Francisco Cerundolo in the second round of the Swedish Open. The defending champion lost the first set, but fought back to take the second. He trailed 4-2 in the deciding set, but once again dug deep to level the score, falling back immediately.

Serving to stay in the game at 6-5, the pressure came on Ruud as Cerundolo broke serve for the final time to win 6-4, 3-6, 7-5. The Norwegian will take part in the Swiss Open in Gstaad next week, where he is also the defending champion.

Barbora Krejcikova loses in the first round of the Hungarian Open

2021 Roland Garros champion Barbora Krejcikova won the women’s doubles title at Wimbledon on Sunday. But his joy was short-lived. The Czech rushed to Budapest to compete in the Hungarian Open but lost 6-1, 7-6(1) to Xiyu Wang in the first round.

With only a few days of rest and the transition from grass to clay, a loss was to some degree predictable. However, Krejcikova will be aiming for a better performance at the Hamburg Open next week.

Iga Swiatek prepares for the second half of the season

A third-round loss to Alize Cornet ended Iga Swiatek’s 37-game winning streak. After a short vacation in Italy, the world No. 1 has resumed training for her next tournaments. She recently shared a clip from her workout at the gym.

Read also
The story continues below

Swiatek will headline the Polish Open in Warsaw from July 25-31. Caroline Garcia, Sara Sorribes Tormo and Yulia Putintseva are among the other players participating in the tournament.