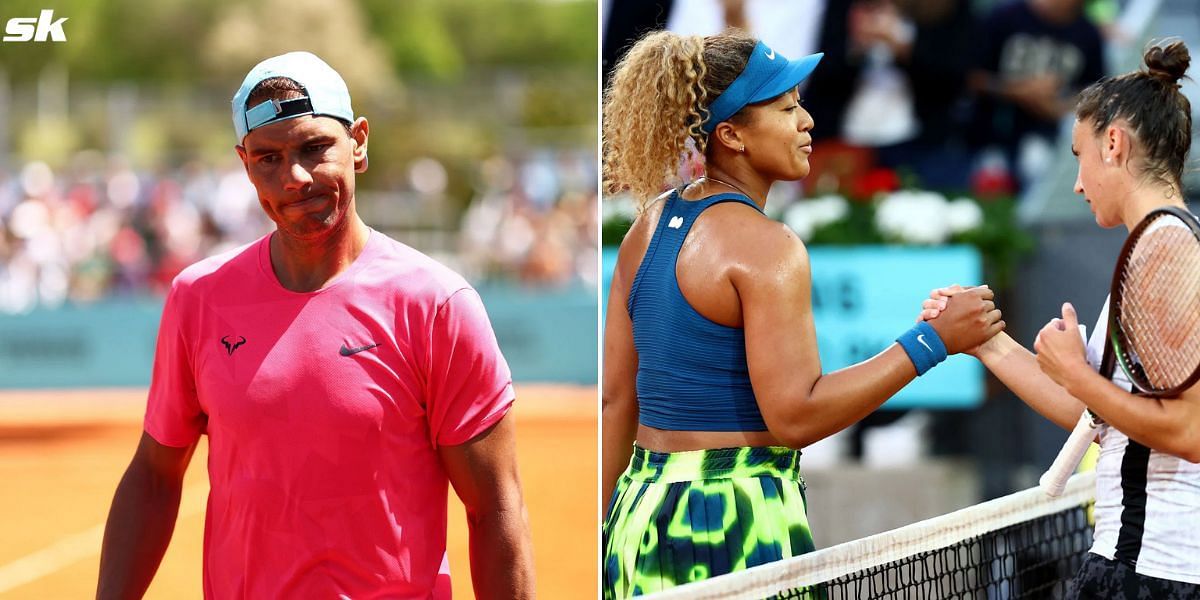 Rafael Nadal recently weighed in on Wimbledon’s ban of Russian and Belarusian players, calling it “unfair”.

Meanwhile, several top WTA players have made quick exits from the Madrid Open. Naomi Osaka, Garbine Muguruza, Maria Sakkari and Danielle Collins were all eliminated in the second round. On the men’s circuit, teenager Holger Rune won his first ATP title this weekend.

Sofia Kenin, who has been absent from the sport for some time, is recovering quite well from injury according to her latest social media update. Meanwhile, former top 100 player Taylor Townsend made a successful comeback after the birth of her child, winning an ITF tournament in Charleston.

“I think it’s very unfair on the part of my fellow Russian tennis players, my colleagues” – Rafael Nadal on Wimbledon ban

Wimbledon’s decision to ban Russian and Belarusian players from the tournament this year has raised a lot of eyebrows. The ban has divided the tennis community, with Rafael Nadal being the latest player to speak his mind during a press conference at the Madrid Open.

The Spaniard thinks it’s unfair for the players as they are being punished for something beyond their control.

“I think it’s very unfair on the part of my fellow Russian tennis players, my colleagues. In that sense, it’s not their fault what’s happening right now with the war. In that sense, eh well, you know, speaking of colleagues, I don’t know what to say.”

“I feel sorry for them. I wish it wasn’t like that, but at the end of the day, we know that’s what we have.”

“I think it’s very unfair of my Russian colleagues. It’s not their fault what’s happening right now with the war.”

Rafael Nadal comments on Wimbledon’s decision to ban Russian and Belarusian players: “I think it’s very unfair on the part of my Russian colleagues. It’s not their fault what is happening at the moment with the war.” “The government gave a recommendation… they didn’t do it don’t force them to do it” https://t.co/0IPYzWwANg

Nadal is one of many current and former top players who are not in favor of the ban. Novak Djokovic, Chris Evert and Martina Navratilova, among others, have expressed their displeasure over this.

Top 10 players Maria Sakkari, Danielle Collins and Garbine Muguruza, as well as former world number one Naomi Osaka, all lost in the second round of the Madrid Open. Sakkari was the only one to fight, with the other three suffering heavy defeats.

Teenager Holger Rune won his first career title at the BMW Open in Munich on Sunday. It was not how he would have liked to win as his opponent, Botic van de Zandschulp, was forced to retire in the middle of the first set.

Nonetheless, Rune had a good week, beating world number 3 Alexander Zverev in the second round. He won the title without dropping a set.

Sofia Kenin is recovering well from her foot injury

Former Australian Open champion Sofia Kenin has not competed since the Indian Wells Open in March. She is also expected to miss the clay season due to her continued recovery from a foot injury.

In a social media update, the American posted photos of herself working out as she tried to get back to full fitness. Over a month ago her right foot was in a cast and she was using crutches, but now she has recovered and is back to light training.

Former world No. 61 Taylor Townsend made a successful return to tennis by winning the ITF tournament in Charleston over the weekend. It was his first title since the birth of his son last year.

Townsend beat Wang Xiyu 6-3, 6-2 in the pinnacle clash to win the title. It is also their first all-round title since winning the doubles alongside Asia Muhammad at the 2020 Auckland Open. The duo beat Serena Williams and Caroline Wozniacki in the final.