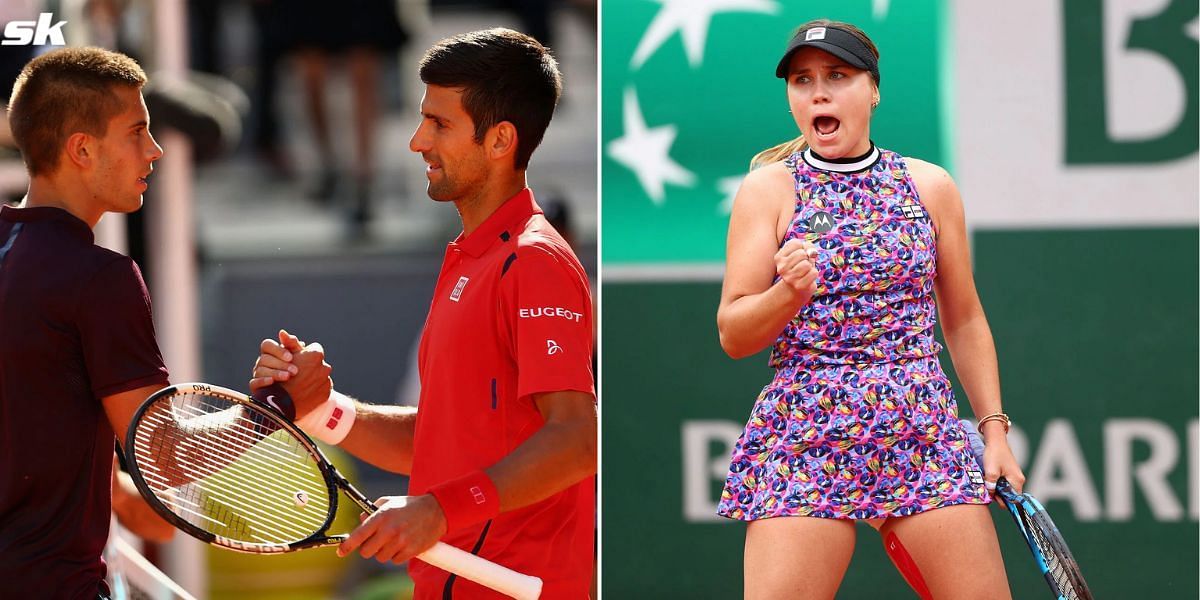 Alexander Zverev has withdrawn from the US Open as he still hasn’t fully recovered from his ankle injury. Victoria Azarenka put the rumor mills into overdrive with a cryptic message on Sunday. She clarified the situation on this, and it was about the launch of the new season of her podcast.

Coco Gauff, meanwhile, is committed to playing the ASB Classic in Auckland early next year. Here is a summary of the day’s headlines:

Borna Coric had a fairy tale run to the title in Cincinnati last week. He beat the likes of Rafael Nadal, Felix Auger-Aliassime and Stefanos Tsitsipas to win the trophy. The Croatian is on his way back this year after shoulder surgery, and winning the title was a remarkable feat.

Novak Djokovic took to Instagram to congratulate Coric on his achievement, and the 25-year-old thanked the former world No. 1 for his well wishes.

“Bravo king! Well deserved, all the effort and patience paid off! Go ahead and good luck!” Djokovic wrote on Instagram.

When it comes to Djokovic, everyone is curious about his chances of making the US Open. So far, he has been forced to skip all tournaments that have come before him due to the vaccination mandate in place. The draw for the US Open will be announced on Thursday August 25.

Sofia Kenin has racked up a losing streak after losing to Ashleigh Barty in the quarter-finals of the Adelaide International in January. She lost in the first round of her next five tournaments. The American was then sidelined for a few months due to injury.

Kenin returned to action earlier this month and again lost in the first round of three tournaments. She finally ended her nine-game losing streak in Cleveland, where she currently competes. She beat Dalayna Hewitt 6-4, 6-3 to win her first match in seven months. She will face Irina-Camelia Begu in the next round.

Alexander Zverev withdraws from US Open

World number 2 Alexander Zverev has officially withdrawn from the US Open. He reached the semi-finals in New York last year, losing to Novak Djokovic. The German suffered a horrific ankle injury in his French Open semi-final match a few months ago and has been out of action ever since. He is set to make his return to the Davis Cup following the conclusion of the US Open.

Victoria Azarenka announces the new season of her podcast

Victoria Azarenka has finally expanded on the cryptic message she posted on social media earlier this week. The Belarusian is about to launch the new season of her podcast, ‘Think About It’.

Azarenka cleared up rumors about her retirement and said she has been working on the podcast for eight months. The podcast should cover some emotional and personal topics, as well as conversations with special guests. The podcast is now available on Tennis Channel and other networks.

Coco Gauff will start her 2023 season at the ASB Classic

Teenage star Coco Gauff will kick off the 2023 season at the ASB Classic in Auckland. She had previously competed there in 2020, losing in the second round to Laura Siegemund, although she reached the doubles semi-finals.

Welcome Coco!@CocoGauff confirms return to ASB Classic 2023.🗣️”Auckland is such a beautiful city and I’m thrilled to be back. I chose to return because the fans, the atmosphere and the city are unique to the tour.”🎾 #ASBClassic📅 January 2-14, 2023 https://t.co/jSdP37cT2s

Gauff is now preparing for the US Open. She lost in the second round to Sloane Stephens last year but advanced to the doubles final with Caty McNally. The teenager reached her first Grand Slam singles final at Roland Garros this year and will be aiming to replicate that form in New York as well.

Tennis star Nick Kyrgios has postponed his trial until October