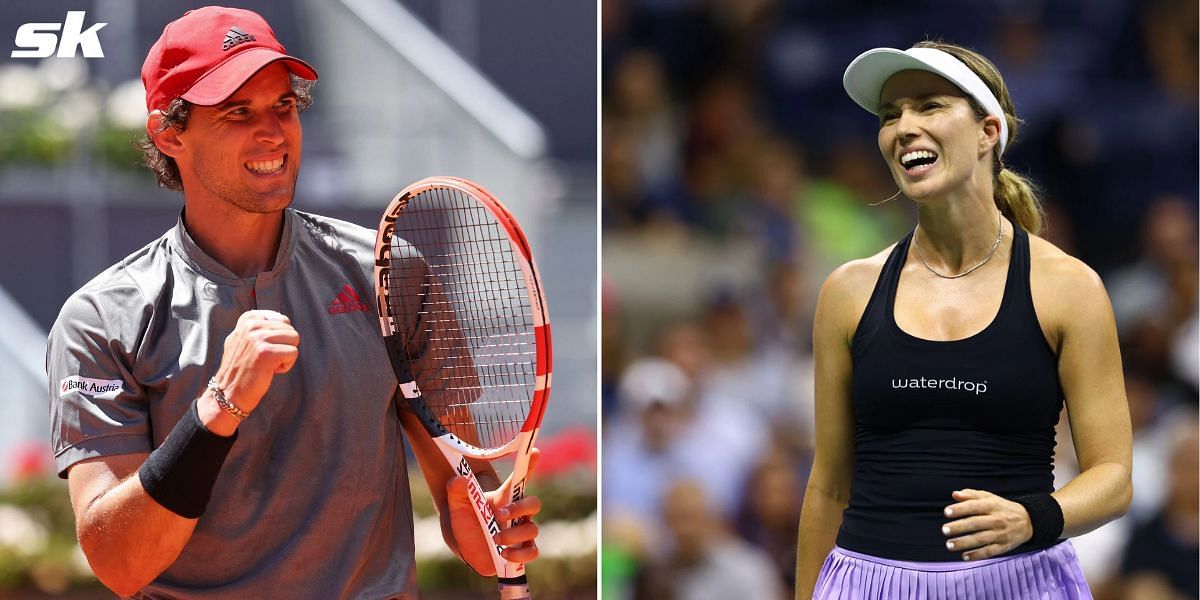 Dominic Thiem advanced to the second round of the Tel Aviv Open with a three-set victory over Laslo Djere. The WTA will host a new tournament, the ATX Open, in Texas next year. The event will take place from February 27 to March 5.

Top seed Maria Sakkari survived a tough test from Kateryna Baindl in Parma, while Madison Keys was knocked out of the Tallinn Open in the first round.

The Legends Team Cup heads to Dubai in November, with the likes of Jo-Wilfried Tsonga, David Ferrer and Lleyton Hewitt set to compete.

2020 US Open champion Dominic Thiem was tested thoroughly by Laslo Djere before securing a hard-fought victory in three sets. Thiem lost the first set, but led 4-1 in the second. However, his opponent fought back to level the score and brought the set to a tie-break.

Thiem managed to prevail in the tie-break and played much better in the final set to win the match 5-7, 7-6(3), 6-4. He will face Marin Cilic in the second round.

After hosting the WTA Finals next month, Texas will also host a brand new tournament early next year. The ATX Open will be held in Austin, Texas from February 27 to March 5. The 250 event will be hosted by Australian Open 2022 finalist Danielle Collins, and more players will be announced.

Top seed Maria Sakkari appeared to be in control of the first set in her opener against Kateryna Baindl at the Parma Ladies Open. However, his level dropped towards the end of the set as his opponent managed to prevail in the tie-break. The Greek regrouped to win the match in straight sets but will need to improve her level going forward.

Sakkari will face either Arantxa Rus or Panna Udvardy in the second round.

Madison Keys crashes in the first round of the Tallinn Open

Madison Keys, seeded fourth, was knocked out of the Tallinn Open in the first round by Viktorija Golubic. The American played a pretty sloppy match and her opponent was only too happy to take advantage of her mistakes. Golubic won the match 6-3, 6-2 and dominated their opponent in the second set. Keys will now travel to the Czech Republic to compete in the Ostrava Open next week.

The ATP Legends Team Cup is heading to Dubai in November

After a successful edition in Pula, Croatia, the ATP Legends Team Cup will be held in Dubai from November 9-12. The venue will be the Port of Dubai, with retired pros like Jo-Wilfried Tsonga, David Ferrer, Lleyton Hewitt and Tomas Berdych, among others, in action. Both teams will be led by Pat Cash and Ivan Lendl.