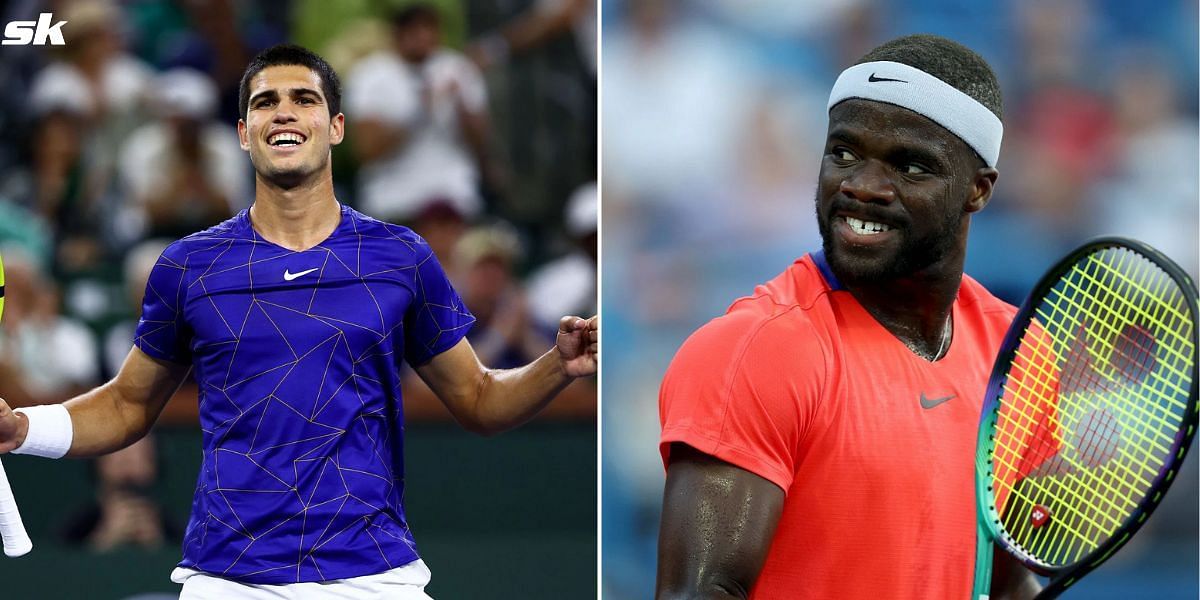 Carlos Alcaraz, Andy Murray and Novak Djokovic are among the big names who will take part in the group stages of the Davis Cup from September 13-18.

Elsewhere, Frances Tiafoe beat Matteo Berrettini in the first round of the Western & Southern Open.

Two-time Grand Slam champion Petra Kvitova made a comeback after saving match point to win against Jil Teichmann at the Cincinnati Masters. Victoria Azarenka also defeated Kaia Kanepi in three sets and awaits Serena Williams or Emma Raducanu in the second round.

There was also more news from the Western and Southern Open. A referee has asked a fan draped in a Ukrainian flag to leave the stadium following a complaint from a Russian player.

Announcement of participants in the group stage of the Davis Cup

The Davis Cup group stage matches will take place from September 13-18, with some of the biggest names in action.

Italy will have one of the strongest teams in the Davis Cup, with Jannik Sinner, Matteo Berrettini and Lorenzo Musetti leading the team. Novak Djokovic and Alexander Zverev will also return to lead Serbia and Germany respectively.

Home favorite Frances Tiafoe scored a hard-fought 7-6(3), 3-6, 7-6(5) victory over Matteo Berrettini in the first round of the Western & Southern Open. The American had lost quite a few close matches recently so winning this game will boost his confidence.

He will face his compatriot Sebastian Korda in the next round.

After a first-round loss at last week’s Canadian Open, it looked like Petra Kvitova was headed for another first-round exit at the Cincinnati Masters.

Kvitova ended up winning the match 6-7(2), 7-6(6), 6-3 thanks to an amazing comeback. She will face Belinda Bencic or Sorana Cirstea in the second round.

Former world number one Victoria Azarenka had to dig deep to win against Kaia Kanepi in the first round in Cincinnati.

The Belarusian edged her opponent in three sets, winning 6-3, 4-6, 6-3. Her second round contest will be highly anticipated by fans, as she will face either Serena Williams or Emma Raducanu.

At the Western and Southern Open, the chair umpire asked a fan with a Ukrainian to remove the flag or leave following a complaint from a Russian player. The official reason given was that the flag was too big, but this rule is rarely enforced strictly.

During the first set of the women’s qualifying match between Anna Kalinskaya and Anastasia Potapova, one of the players complained to WTA chair umpire Morgane Lara about a woman sitting in the stands…

Following an unfortunate incident at #CincyTennis yesterday: During the first set of the women’s qualifying match between Anna Kalinskaya and Anastasia Potapova, one of the players complained to the WTA chair umpire, Morgane Lara, about a woman sitting in the stands…(1 /12)🧵

The official press release from the organizers reads as follows:

“As per the Western & Southern Open bag policy, as stated on the tournament website, flags or banners larger than 18 x 18 are not permitted. Therefore, the customer has been asked to remove the flag from the field and after that he was allowed to remain any queries regarding the chair umpire should be directed to the WTA Tour.”

The event took place during a women’s singles qualifying match between Anna Kalinskaya and Anastasia Potapova.

Cincinnati Masters 2022: Naomi Osaka collapses in the first round