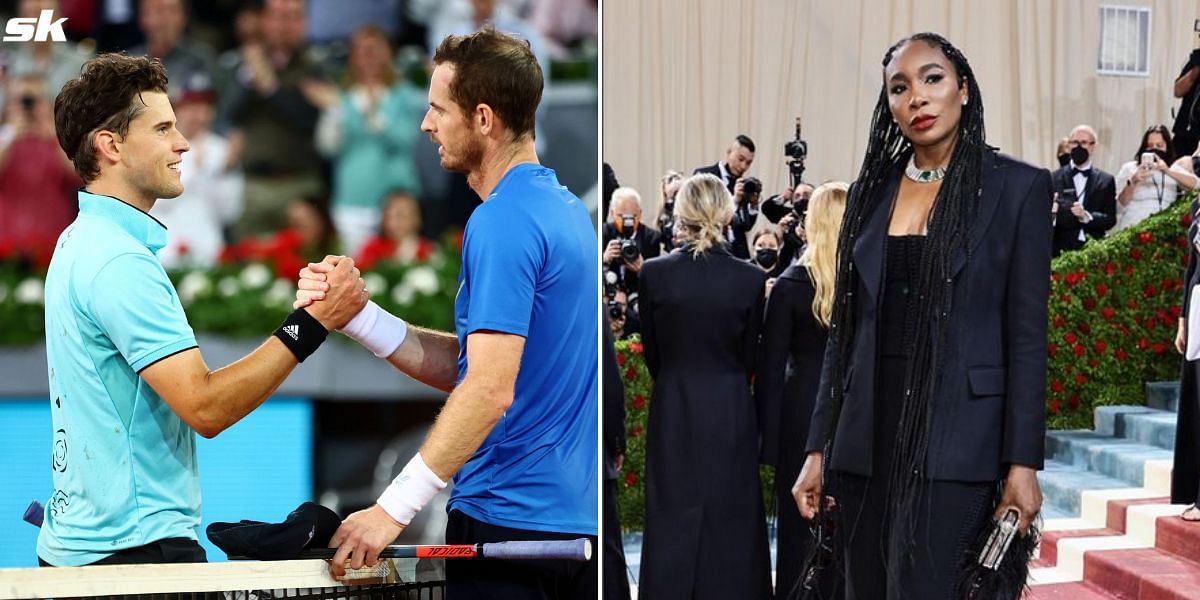 Meanwhile, Venus Williams looked at her glam best as she attended this year’s Met Gala.

With her victory over Coco Gauff, Simona Halep should surpass Maria Sharapova in terms of total earnings won.

Former US Open champion Dominic Thiem is yet to win a match since returning from injury earlier this year. Having retired in the first round of his three previous tournaments, Thiem has yet to make it past the opening hurdle in Madrid. This time, the Austrian suffered a straight-set loss to former world number one Andy Murray.

Thiem has only managed to win one set out of his four losses so far. He is due to participate in the Italian Open next week.

Williams is a regular Met Gala attendee and her fondness for all things fashion is well known.

Two-time Grand Slam champion Simona Halep has ousted Maria Sharapova from third place on the list of players with the highest career earnings. The Romanian reached the milestone after her third-round win over Coco Gauff at the Madrid Open.

Halep now follows only Venus and Serena Williams on the list. She has a chance of passing Venus Williams if she plays a few more years, but it will be next to impossible for her to pass Serena Williams.

Novak Djokovic parted ways with longtime manager Marian Vajda earlier this year. They enjoyed a fruitful partnership as Vajda played a huge role in guiding the Serbian to the top of the sport.

After a first-round bye, world number one Novak Djokovic will launch his Madrid Open challenge against Gael Monfils. With a 17-0 record against the Frenchman, the 20-time Grand Slam champion will feel quite confident about his chances.

Djokovic’s best result of the clay season so far was a runner-up finish at the Serbia Open last month. He seems to be improving with each game and gaining momentum as he prepares for his title defense at Roland Garros.