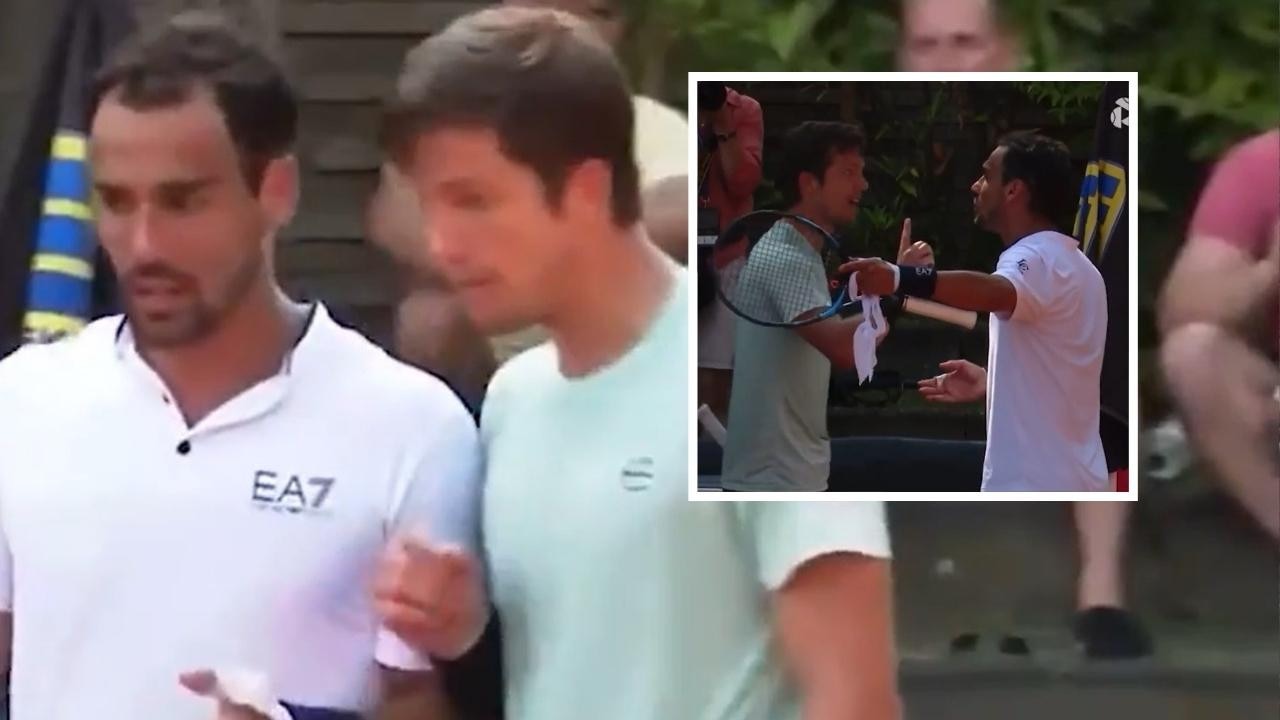 Notorious hothead Fabio Fognini is at the center of another heated tennis storm after he was embroiled in another fractious altercation on Wednesday morning.

Fognini’s row with Slovenia’s Aljaz Bedene at the German Open in Hamburg is headline news for a crazy week of tennis where tempers are boiling around the world.

Bedene and Fognini had to be separated by a chair umpire after Fognini won 6-3 3-6 7-6 after arguing over a charge where Bedene appeared to suggest Fognini was pointing incorrect marks on the pitch on clay as he discussed the line. decisions with chair umpire Aurélie Tourte.

“Every time we play you do something like that,” he was heard saying on the TennisTV show.

Their argument next to the umpire’s chair dragged on for over a minute before they returned to the field to take a look at some of the line marks.

He will next face Russia’s Karen Khachanov in the second round.

There was also drama earlier at the ATP Tour event in Trieste, Italy, with veteran Ernests Gulbis giving a clip to his opponent as he shook hands at the net.

Before moving on to the main draw, Gulbis won his last qualifying match on Monday and it ended in crazy circumstances.

The Latvian reportedly told his opponent Matteo Martineau: “I won and you lost. Learn to play tennis, man.

“Today, if I have to be honest, I played very badly and still beat you.”

Gulbis was once involved in a bizarre exchange with a chair umpire when he challenged being given a code violation for unsportsmanlike conduct.

Gulbis appeared to celebrate a moment in the second set with a loud shout in Martineau’s direction.

When handed a warning for his outburst, Gulbis maintained he simply said “Come on”, but admitted he looked into his opponent’s eyes as he did so.

He walked away from the exchange with the chair umpire saying, “is this a sport or some kind of aristocratic dinner?”.

Gulbis lost in the first round of the main draw.