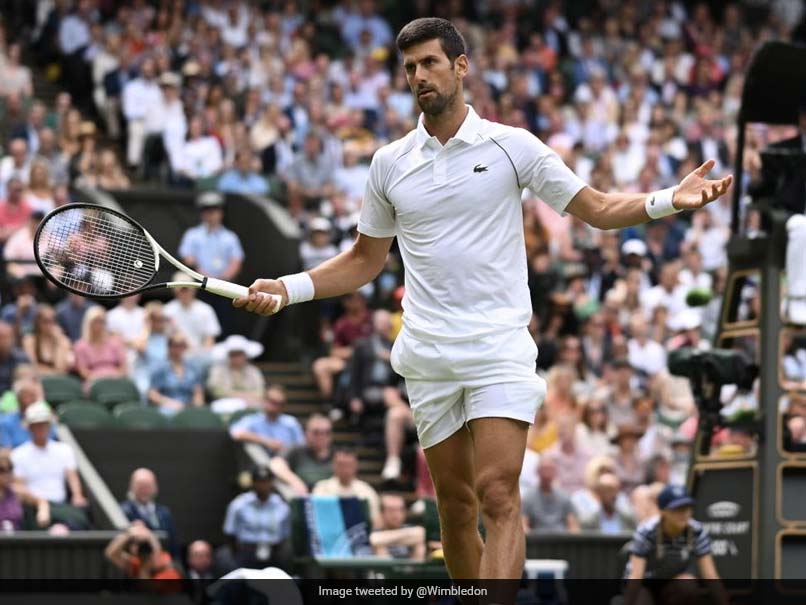 “I’m very happy with my performance. I started very well, solid from the back of the court,” said Djokovic, who is looking to join Pete Sampras as a seven-time Wimbledon champion.

Kokkinakis had compared Djokovic to a ‘brick wall’ before the game. “It was one-sided. I got cut today,” the 26-year-old Australian said after his ordeal on center court.

On the women’s side, second seed Anett Kontaveit lost 6-4, 6-0 to Germany’s Julie Niemeier as the Estonian endured another Grand Slam to forget.

Kontaveit has only reached the quarter-finals of a major once in 29 attempts.

US Open champion Emma Raducanu crashed out at Wimbledon on Wednesday, losing her second-round match to Caroline Garcia 6-3, 6-3 to the disappointment of the British public.

The 10th seed, troubled by a side strain as the tournament approached, was broken five times in the match by her French opponent, ranked 55th in the world.

Lesia Tsurenko won in straight sets against fellow Ukrainian Anhelina Kalinina to advance to the third round for the second time. Tsurenko, ranked 101, proudly wore a ribbon in the colors of Ukraine on his shirt.

“It was a big pitch. Two Ukrainian players but a lot of people were watching us. We felt incredible support,” Tsurenko said after their 3-6, 6-4, 6-3 victory. “Today on the way from the hotel to the club we had a driver,” she added. “She took two Ukrainians home.

“I think it’s amazing when people help Ukrainians so much.”