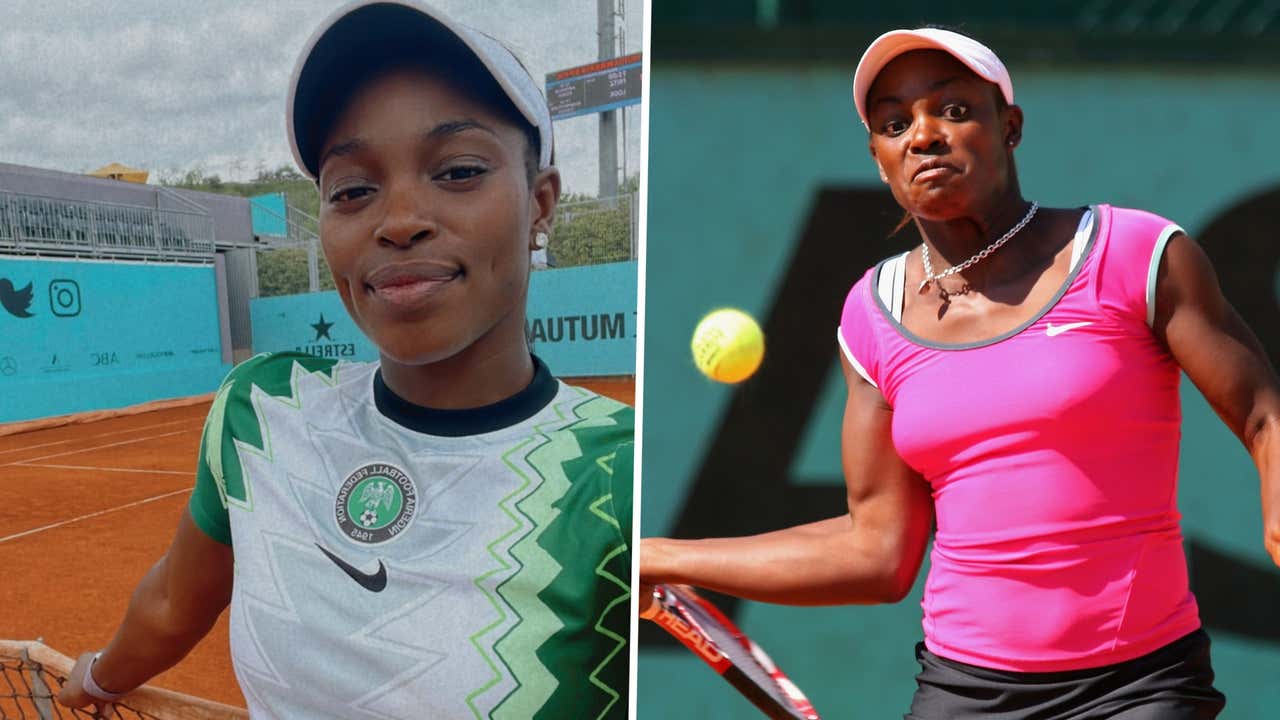 United States of America tennis star Sloane Stephens appears to be declaring her love for Nigeria as she wears the Super Eagles shirt in training on Wednesday.

The seven-time WTA singles queen had trained with the West African country’s home kit as she continued training ahead of this year’s Madrid Open.

Stephens, 29, confirmed in another post that she boasts of a few Nigerian names while calling herself Sloane Olufemi Stephens.

Nigeria will be missing when the world converges on Qatar for the 2022 FIFA World Cup.

Still fresh after their disappointing ousting from the Africa Cup of Nations, Augustine Eguavoen’s men were aiming to appease their fans by winning a seventh appearance at the World Cup.

Despite drawing 0-0 with arch-rivals Ghana in Kumasi, the 2013 AFCON winners could only settle for a 1-1 draw in Abuja to crash out on the goals rule outside.

Either way, Stephens won’t be disappointed as her country, the United States, will be competing for the grand prize.

Gregg Berhalter’s Yanks have been drawn into Group B alongside England, Iran and the UEFA A Path winners.

They will start their campaign on November 21 against a yet-to-be-determined European side at the Ahmad bin Ali Stadium, Al Rayyan.