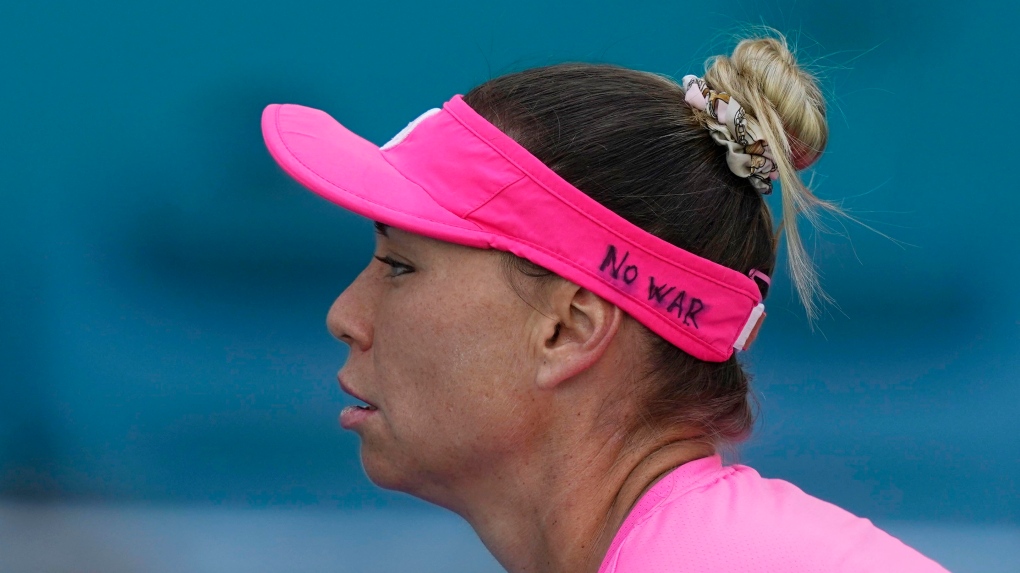 Russia’s Vera Zvonareva sent a message of peace in her 6-1 6-4 third-round loss to American Danielle Collins at the Miami Open on Saturday, donning a visor with the words “No War” scrawled on the side.

The gesture comes after Russia’s invasion of Ukraine, which began on February 24 in the biggest assault on a European state since 1945, has prompted outrage and broad sanctions from the United States. and their allies.

Zvonareva was part of a Russian sweep of the women’s singles podium at the 2008 Olympics, where she clinched bronze. A two-time Grand Slam finalist, the 37-year-old is currently ranked 117th.

Russian Daniil Medvedev and Belarusian Aryna Sabalenka both called for peace in Indian Wells earlier this month. Belarus served as a base for the invasion.Read full article

Australian Open finalist Collins advanced on Saturday despite neck pain affecting her form in the second set, where she twice asked for help from a physio.