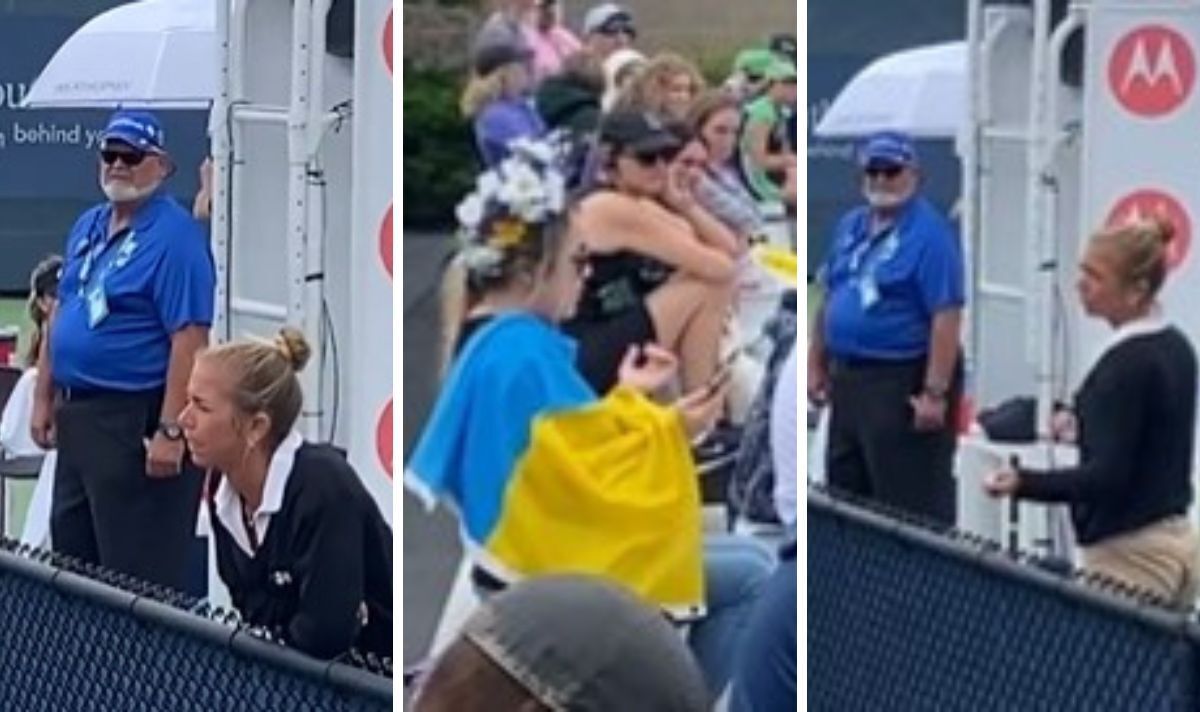 A Cincinnati Open fan with a Ukrainian flag was forced out of a match when a Russian tennis player complained. The spectator in question was later forced to put the flag in her car or be kicked off the pitch following ‘aggressive’ encounters with security guards as she received threats to call the police.

It has emerged that a Russian tennis star had a spectator removed from a Western and Southern Open qualifying match because he was draped in a Ukrainian flag. The fan in question – Lola – has been confronted by a WTA referee and Cincinnati tournament security twice.

In the first set of the All-Russian clash between Anna Kalinskaya and Anastasia Potapova on Court 8, one of the players complained against Lola to the chair umpire. Lola also wore a Ukrainian flower crown known as a vinok and watched the match in silence, not disturbing.

Following the complaint, WTA referee Morgane Lara approached Lola and said it was “not nice” to have the flag in the stands, as the fan replied that it was “not nice”. pleasant to invade a country”. And things came to a head when one of the tournament security guards standing on the pitch became “aggressive” and threatened to call the police if she didn’t leave the stands.

JUST IN: Rusedski lifts lid on private conversation with Nadal’s coach in Cincinnati

Russian and Belarusian tennis players have been competing as neutrals with no mention of their country or flag since March 1, when the ATP, WTA and ITF issued a joint statement announcing the news following the invasion of Ukraine.