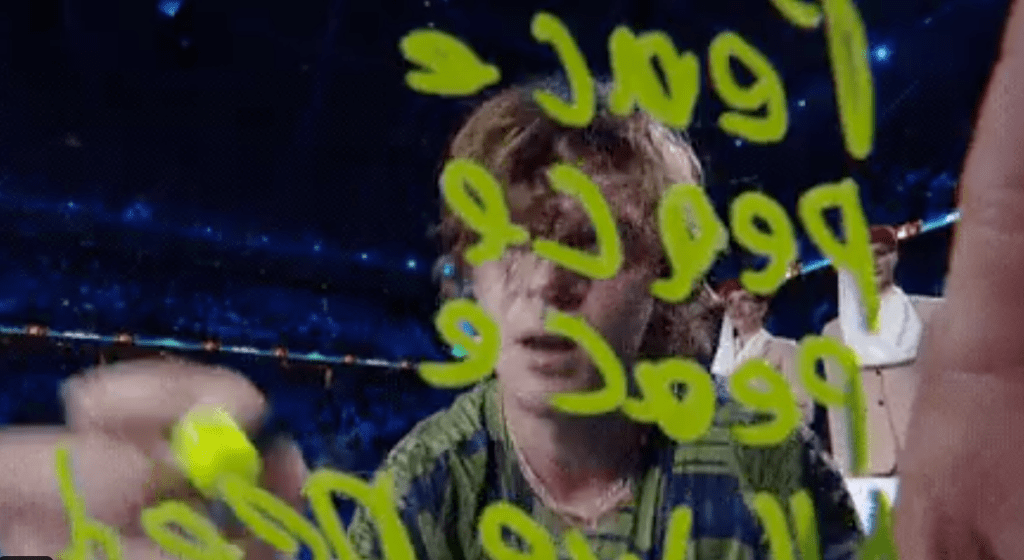 Russian tennis player Andrei Rublev was overwhelmed after winning at ATP Finals in Turin, Italy. His win came after a two-and-a-half-hour match and a 47-shot marathon championship point. It was the 50th win for world number 7 Rublev, and he was a longtime friendly rival and fellow Russian. Daniel Medvedevwhich was ranked #5.

Rublev collapsed in exhaustion and relief on Monday after his final overhead shot was not returned, earning him the match. But later he turned his attention to even more important matters.

The 25-year-old took out a marker and wrote on the lens of a television camera covering the final, “Peace Peace Peace All we need”, an obvious reference to the ongoing war between his native Russia and Ukraine.

The Russian tennis star, like Medvedev and all Russian and Belarusian tennis players, competed without the usual flag or country appearing next to his name. This is the result of sanctions passed by many governing bodies both to protest Russia’s war on Ukraine and to thwart Russian efforts to use player wins as propaganda.

Rublev made another such statement earlier this year. In February, he wrote “No war please” on a camera lens shortly after the Russian invasion.