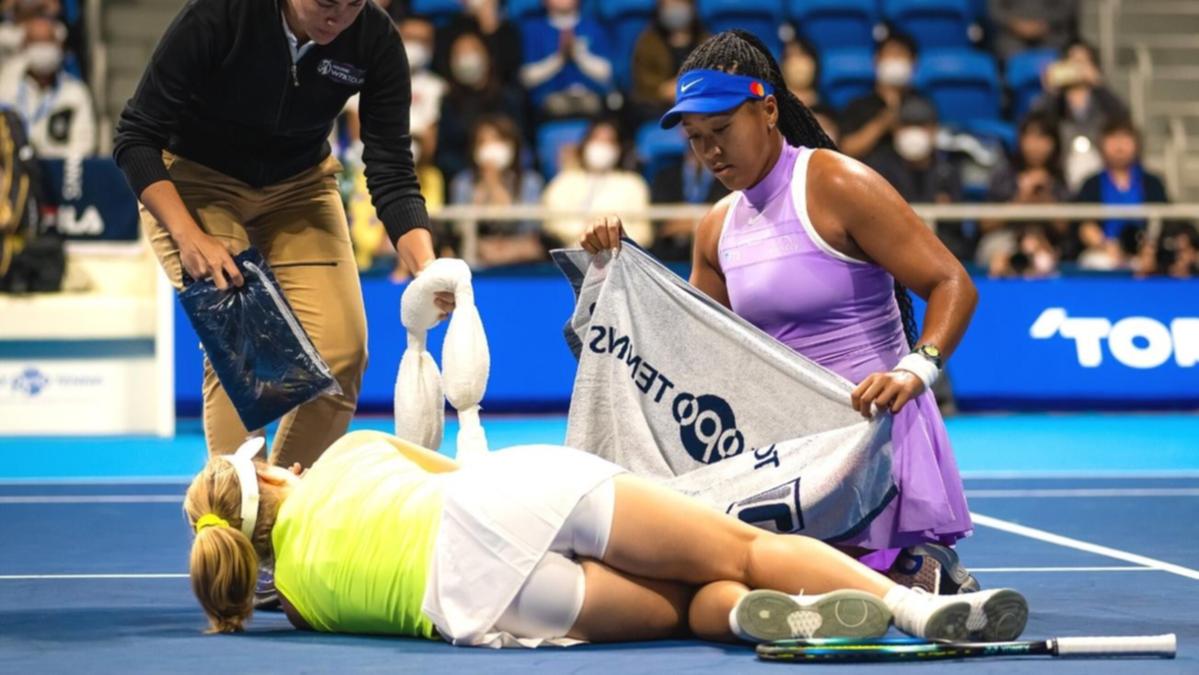 Daria Saville’s tennis resurgence has been snuffed out by another serious injury.

The Australian confirmed on Wednesday that she tore her anterior cruciate ligament while playing in a WTA tournament in Tokyo.

Saville suffered the same knee injury in 2013 and had only fully recovered this year from a debilitating foot problem she had battled for two years to get back into the world top 60.

“Don’t worry about me by the way. I feel bad that everyone is so worried. I’m fine, I promise you. It’s just luck.

Saville was injured in her first-round contest with Naomi Osaka.

In game two alone, Saville cried out in pain after playing a short forehand and collapsed on the court in distress, clutching his left knee.

She was able to walk away after some healing but didn’t risk continuing, shaking Osaka’s hand after just 11 points.

Saville had moved up to No. 55 in the world after starting the season at No. 419, reaching his first WTA final in nearly five years in August.

The 28-year-old now faces another lengthy recovery period which will see her miss the Australian Open.

Osaka, who sadly ended a four-game losing streak, has had its own injury troubles this year with Achilles and back issues and the former world No.1 hadn’t won a game since the start of the month of August.

“I just wanted to wish you the best,” the current world number 48 said in a video message on social media to Saville.

“I just want you to know that you are one of the funniest people on the tour, and I still remember all the nice things you said to me at the French Open this year.

“I want you to know that I wish you the best. I hope it’s not a serious injury at all and that you bounce back, because I know you’re good for it.

In Wednesday’s program opener, third-seeded Garbine Muguruza of Spain and world No. 12 cruised to a 6-4 6-2 win over Greece’s Despina Papamichail.