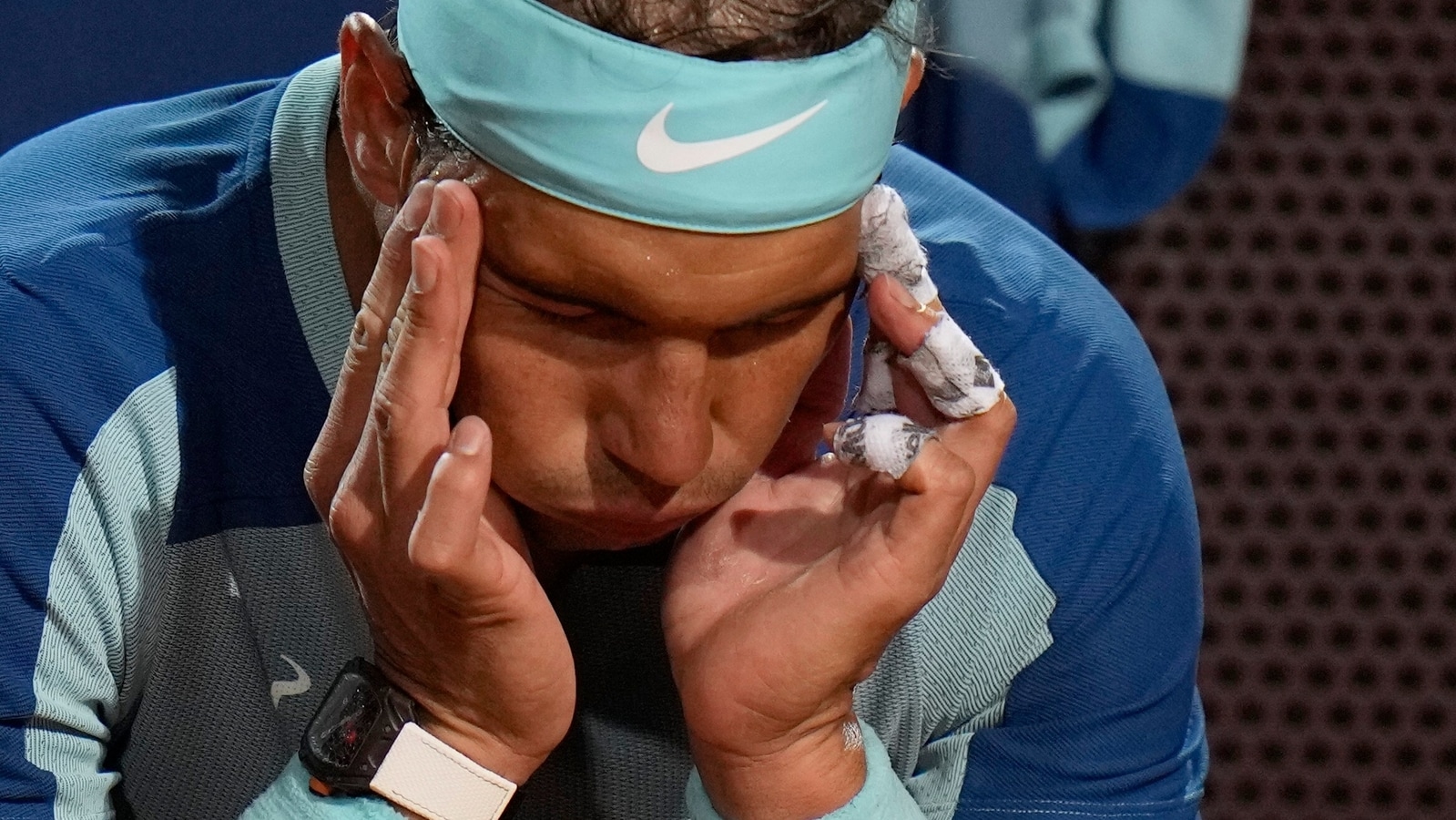 He was immensely aggressive, quick at net, dominated long rallies and negated wide serves from Denis Shapovalov perfectly to win the first set 6-1. But Rafael Nadal’s level dropped significantly in the second set, which saw the Canadian take a 3-0 lead and just as commentators compared the situation to some of Nadal’s previous games, l The Spaniard was seen limping between the points, wincing in pain. And that was clearly reflected on the score line as the number of unforced errors and double faults increased before Shapovalov bounced back to beat Nadal 1-6, 7-5, 6-2 in the Round of 16 at the ‘Italian Open Thursday.

It was one of Nadal’s first exits from the tournament and his first since 2017, also inflicted by the Canadian in their first-ever ATP encounter, at Masters 1000 level.

But what was more worrying than the defeat was the reappearance of Nadal’s chronic foot injury, identified as Müller-Weiss syndrome, just nine days before Roland-Garros.

“I had my foot again with a lot of pain,” Nadal said in his post-match press conference. “I’m a living player with an injury; it’s nothing new. It is something that is there. Unfortunately my daily life is difficult, honestly… I sometimes find it difficult to accept the situation. Today halfway through the second set, it starts and then it was not playable for me… I don’t want to take anything away from Denis… Today, it’s for him. Kudos for him. »

Mueller-Weiss syndrome is a rare, degenerative disease that causes a deformity of one of the bones in the middle part of the foot. In some cases, it can even lead to foot deformity. This condition basically affects the navicular bone of the foot which is called the “keystone of the arch of the foot”. Apparently, Nadal has been living with this disease since 2005, the year he won his first ever French Open title.

“I imagine there will come a time when my head will say ‘enough’,” he added. “Pain takes away your happiness, not just in tennis but in life. And my problem is that many days I live with too much pain.

Will Nadal be back for Roland-Garros?

Just two months before he scripted an incredible comeback to win the Australian Open – the 21st Grand Slam title of his career – Nadal had feared he would have to retire from the sport due to the foot injury. But showing an astonishing fighting spirit, Nadal not only won his second title at Melbourne Park, he scripted a dominant run to win two more titles before being stopped in the Indians Wells final.

The French Open will begin on May 22 where Nadal, who lost to Novak Djokovic in the semi-finals last year, will aim for his 14th Roland Garros title.

“Now is the time to accept the situation and fight. That’s it… I don’t know if it’s rest, I don’t know if maybe practice. But I still have a goal in a week and a few days. I will continue to dream of this goal.

“The first thing I have to do is not have trouble training, that’s all… It’s true that during Roland-Garros, I’m going to have my doctor with me. It helps sometimes because you can do things.

“In the positive days and in the negative days you have to stay and value all the things that have happened to me in a positive way. Then days like today, just accept and try to carry on even if sometimes it’s is not easy for me.