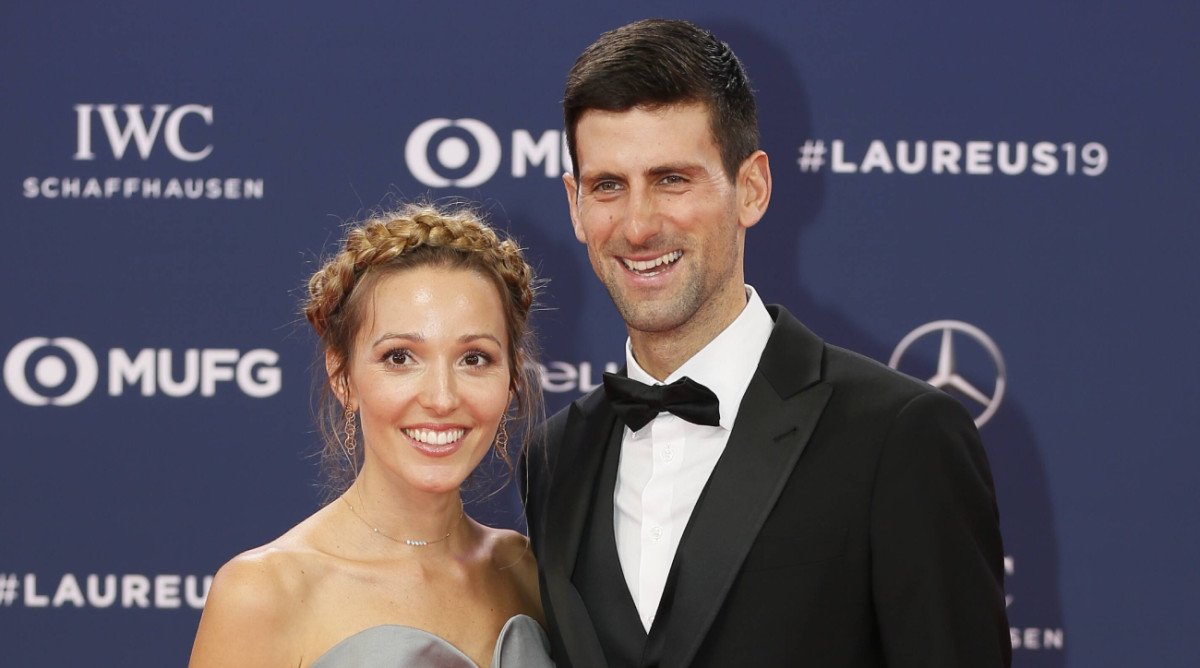 by Novak Djokovic ongoing mixed drink controversy continues to be one of the greatest stories in tennis.

During his win over Stefanos Tsitsipas in the Paris Masters semi-finals on Saturday, video was taken of Serbian physiotherapist Ulises Badio mixing the player a drink in the stands. The odd part of this instance, however, was that another member of Djokovic’s team hid the camera view of what was happeningwhich left fans suspicious as to what might be in the drink.

Djokovic and his team are yet to reveal which drink the 21-time Grand Slam champion received, or even comment on the situation in general. But Djokovic’s wife, Jelena, responded to some of the criticism on Twitter on Tuesday to defend her husband against any accusations.

“He’ll talk when he’s ready to talk,” Jelena replied to a fan.
“This nonsense of making people talk about something they are not ready for because OTHERS are not patient is nonsense. Sit quietly for a bit. Pay more attention to yourself. is not controversial. It could be private. Is it allowed?”

Jelena also commented on the word ‘questionable’ used when it comes to Djokovic’s drinking situation.

“I don’t see anything fishy,” Jelena tweeted. “I actually see people trying to keep their stuff secret in a world where everyone feels like they have a right to point the camera at you whenever they want. Apparently wanting/trying to being private makes you sleazy these days.

It is not illegal for tennis players to receive drinks in the stands, but the only weird part of this situation is that the team member is hiding the camera view of what was going on.

‘I wouldn’t have wanted it’: Tennis star Caroline Wozniacki once spoke candidly about her ‘phone call’ split from Rory McIlroy