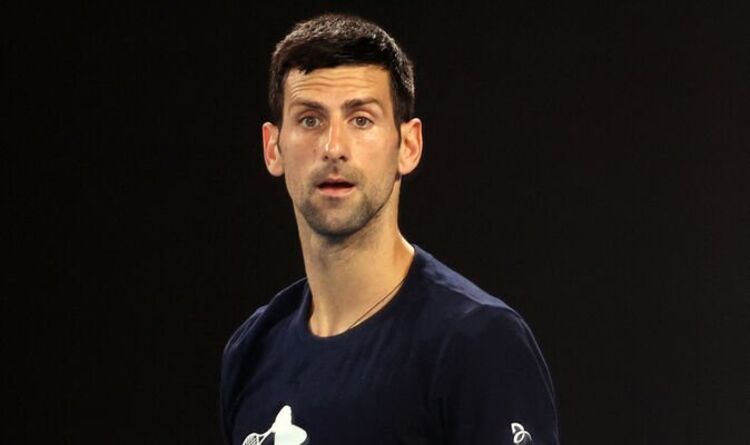 Former tennis pro Philip Bester has questioned the ATP for not failing Jenson Brooksby and Jordan Thompson after the pair nearly put the boys and girls at risk. Bester insisted the duo deserved the same punishment that saw Novak Djokovic shockingly disqualified from the US Open in 2020.

Djokovic became the first world No.1 to miss a Grand Slam when he was kicked out of the US Open two years ago. The Serb, frustrated after a bad shot, sent a ball back to the baseline but accidentally hit a linesman in the neck.

After a lengthy discussion with the tournament referee, the 20-time Grand Slam champion was eliminated. His opponent, Pablo Carreno Busto, was granted a bye to the next round.

The ATP said: “In accordance with Grand Slam rules, as a result of his actions of intentionally hitting a ball dangerously or recklessly on the court or hitting a ball with negligent disregard for the consequences, the tournament referee of the US Open has fired Novak Djokovic from the 2020 US Open.”

But Bester, a former world number 225, believes those same rules are not being enforced following incidents involving Brooksby and Thompson. Brooksby nearly hit a ballerina with his racquet at the Miami Open, while Thompson nearly hit a young girl with a ball he intended to knock out of the ground.

Buster tweeted: “@atptour I’m confused. @DjokerNole is kicked out of the US Open in 2020 for hitting a women’s line with a ball. How are Brooksby’s actions today different? And @jordanthommmo2 nearly nailed a ballerina by dragging her out of the stadium? No defect? No action?”

In another tweet with a video of the Brooksby incident, the 33-year-old added: “Asking a friend again…nothing will be done about it? I guess until a ball kid loses an eye or gets seriously injured – are you okay?