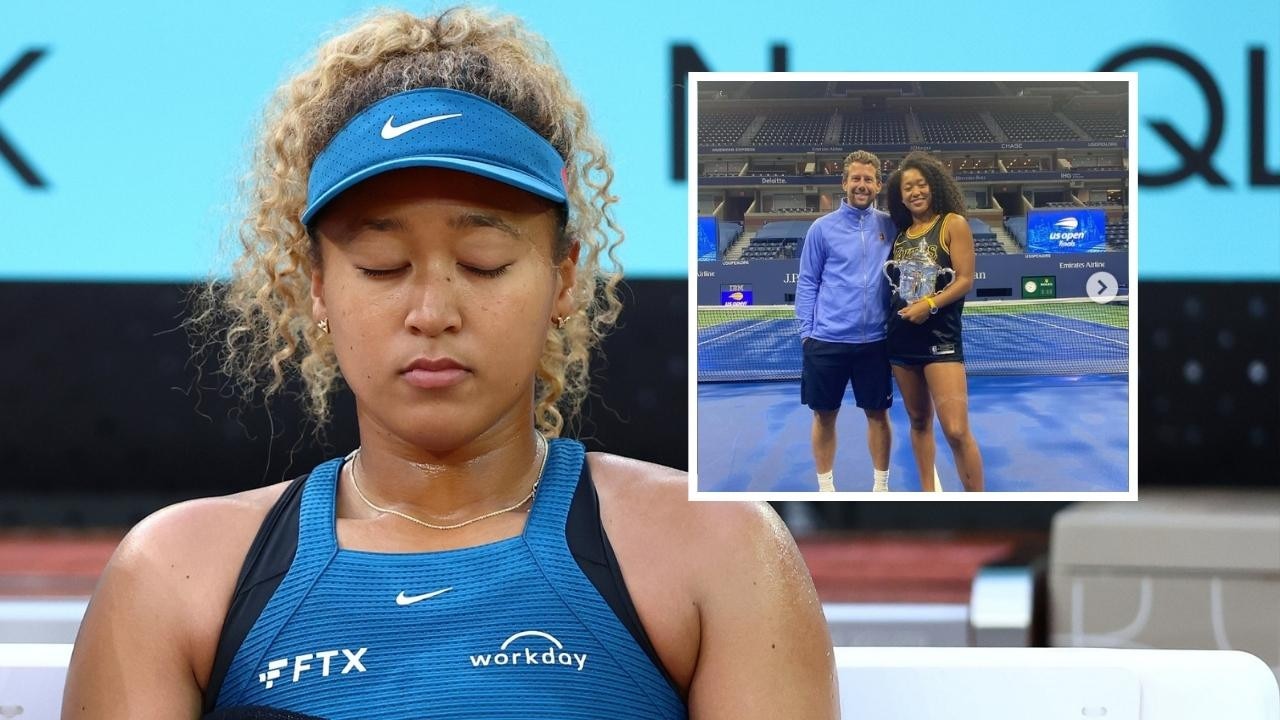 Naomi Osaka has yet to speak publicly following news that she has split from her longtime coach.

Their two-year partnership was the most successful period of Osaka’s career with wins at the 2021 Australian Open and 2020 US Open taking her Grand Slam tally to four.

Fissette posted footage from his time with Osaka along with photos showing them on and off the pitch together as part of his announcement.

“It has been a privilege coaching Naomi since 2019 and watching her become the champion she has become,” he wrote.

“She inspired a whole new generation to fall in love with the game and stand up for what they believe in and it’s amazing to be a part of that journey. Thank you @naomiosaka. I wish you all the best and look forward to it my next chapter.

It’s another big hurdle for Osaka on the bumpy road she’s been on lately.

Osaka recently pulled out of competition at Wimbledon when the world’s most prestigious tennis tournament was reduced to an exhibition event following the WTA Tour’s decision to remove all ranking points from the event. .

The 24-year-old is still recovering from a turbulent 2021 season where she skipped Wimbledon and quit midway through the French Open, citing mental health reasons.

Fissette now joins a long line of coaches who parted ways with the Japanese superstar.

When he took over as coach in 2020, he was Osaka’s fourth coach in the space of 12 months at the time.

The tennis world is now waiting to hear who the Belgian tennis coach will work with next.

Osaka, meanwhile, is gearing up to make her return to tennis at the Silicon Valley Classic in California, starting August 1.

Osaka has been sidelined with an Achilles injury since her first-round defeat at Roland Garros in May.

She is returning to the WTA Tour after a rankings slump that places her at 38th in the world.