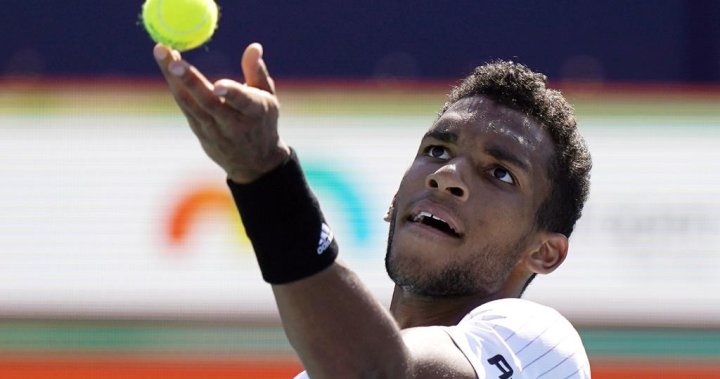 Canadian Félix Auger-Aliassime shed his recent rust to win his opening match at the Barcelona Open on Wednesday.

Auger-Aliassime, 21, ranked No. 9 in the world and the third seed at the event, held off a spirited challenge from Spanish qualifier Carlos Taberne to win a clay court 6-1, 3-6, 6- 4. victory.

Auger-Aliassime slumped in the tournament, with just one victory in his previous four events.

His recent struggles followed a very successful start to the season which saw him help Canada win the ATP Cup, qualify for the quarter-finals at the Australian Open, claim their first ATP title in Rotterdam and to qualify for the final in Marseille.