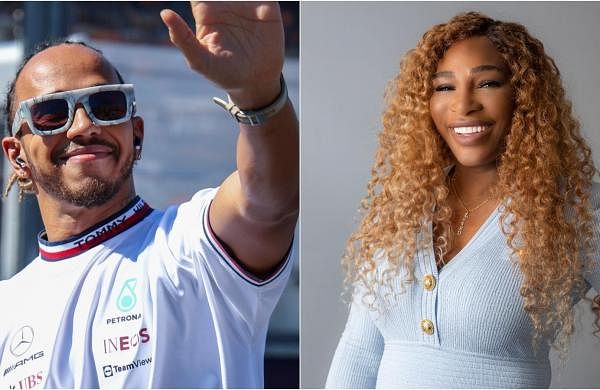 IMOLA: Seven-time Formula 1 world champion Lewis Hamilton said on Friday that being part of a consortium to take over English Premier League club Chelsea was too good an opportunity to pass up.

Hamilton, along with US tennis star Serena Williams, could each invest up to €10m, according to Sky News, as part of a consortium led by former Liverpool chairman Martin Broughton.

“Chelsea are one of the biggest and most successful clubs in the world. When I heard about this opportunity I was like wow, this is one of the greatest opportunities to be part of of something so big,” said Hamilton, who has professed a lifelong love for football, “the greatest sport in the world.”

Hamilton, speaking ahead of Sunday’s Imola Grand Prix, added that since the age of five or six he had been a supporter of Chelsea’s bitter rivals Arsenal. “But my uncle Terry is a big Blues fan so I went to so many games with him to see Arsenal and Chelsea play,” he said.

Hamilton said he was contacted by Broughton after the reported sale of the European champions by Russian owner Roman Abramovich. “Martin took the time to talk to me on the phone and explained his and his team’s goals if they were to win the bid, which was incredibly exciting and very much in line with my values,” Hamilton said.

Russian billionaire Abramovich put Chelsea up for sale on March 2 after Russia invaded Ukraine and was subsequently targeted by British sanctions. Chelsea have been granted a special government license to continue operating, but under strict conditions.

Abramovich cannot profit from the sale of Chelsea, but had already pledged to write off the club’s 1.5 billion euro ($2 billion) debt.

Along with Broughton’s bid, which also has World Athletics chairman Sebastian Coe – an avid Chelsea fan – on board, two other bids have been registered, led by Los Angeles Dodgers baseball team co-owner Todd Boehly. , and Steve Pagliuca, co-owner of the Boston Celtics basketball team.