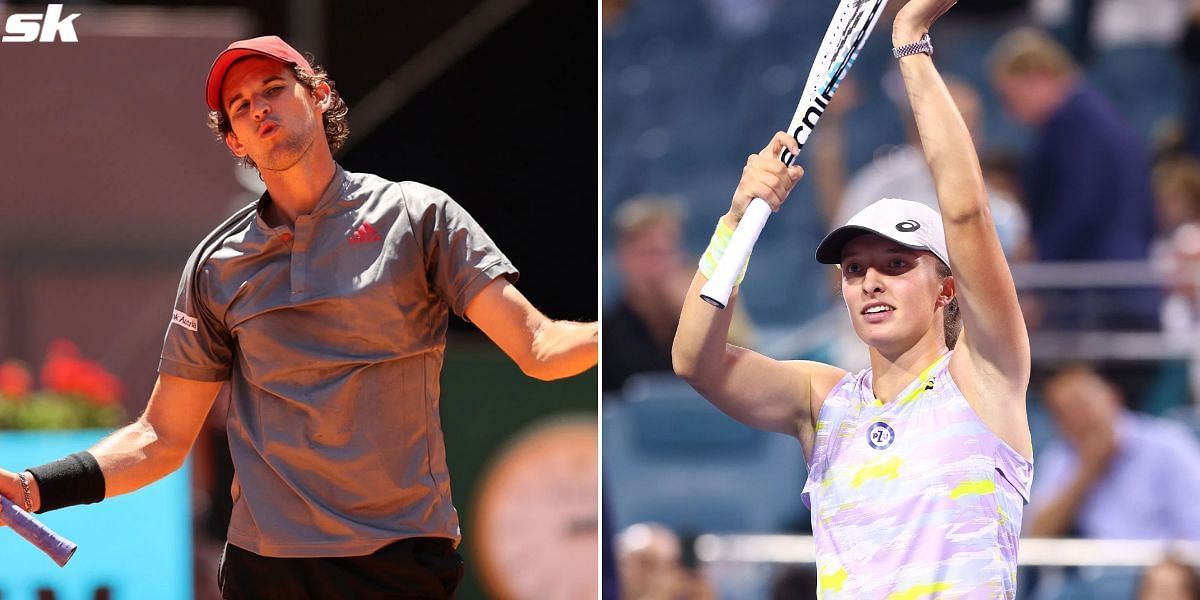 Dominic Thiem just can’t catch a break. The Austrian suffered another setback in the form of being diagnosed with COVID-19 positive after returning to action in Marbella.

Iga Swiatek continued his wins in Miami, while Nick Kyrgios courted another controversy.

Novak Djokovic has returned to training for the next clay-court season, while Bianca Andreescu is preparing for the release of her first children’s book.

Here’s a roundup of the main news of the day.

After a lengthy injury layoff, Dominic Thiem returned to action at the Marbella Challenger earlier this week, where he lost in the first round to Pedro Cachin.

He received a wildcard for next week’s ATP 250 event in Morocco, but it looks like he will be forced to miss the event. The 2020 US Open champion revealed on Wednesday that he had tested positive for COVID-19.

“It seems like lately the good news doesn’t last long – last night after dinner I started feeling unwell and didn’t have a good night. After developing mild symptoms, I decided to take a test this morning, which came back positive for COVID -19,” said Dominic Thiem.

Dominic Thiem has had only mild symptoms so far, so it’s possible he could return to action soon.

Iga Swiatek looks unstoppable at the moment. The new world No. 1 won her 15th consecutive match by defeating Petra Kvitova 6-3, 6-3 in the quarterfinals of the Miami Open.

Swiatek is aiming for his third consecutive WTA 1000 title, having won the Qatar Open and the Indian Wells Open in recent weeks. She faces Jessica Pegula in the semi-finals.

After a few drama-free matches, Nick Kyrgios unleashed his fury on the chair umpire in his fourth-round loss to Jannik Sinner. In the first set tie-break, the Australian was given a point penalty for unsportsmanlike conduct after apparently talking to a member of his team. A double fault then gave Sinner the first set.

This further angered Kyrgios, as he yelled at chair umpire Carlos Bernardes and smashed his racquet. This resulted in a set penalty for the 26-year-old at the start of the second set. He ultimately lost the match 7-6(3), 6-3. Unsurprisingly, the Aussie didn’t think the penalties were justified.

While Kyrgios’ singles campaign may have ended in Miami, he’s still going strong in doubles. He reached the semi-finals alongside partner Thanasi Kokkinakis.

Novak Djokovic has started his preparations for the clay-court season ahead of his return to action at the Monte-Carlo Masters next month. The Serbian is a two-time tournament champion and won his last title in 2015. The ATP 1000 event will be his second tournament of the year after the Dubai Tennis Championships.

In a video shared by Serbian media, Djokovic can be seen training in Belgrade. After the Monte-Carlo Masters, the former world No. 1 will play the Serbian Open. He is also set to defend his title at Roland Garros later this year.

Bianca Andreescu hasn’t competed on the court this year but has been busy with other activities. The Canadian has always said how meditation has kept her focused and allowed her to achieve great success. She has now incorporated the same into her upcoming children’s book “Bibi’s Got Game: A Story about Tennis, Meditation and a Dog Named Coco”.

“My author’s copies of Bibi’s Got Game just arrived! For my first picture book, I wanted to share my story and how meditation (and my dog, Coco) keeps me focused. Maybe that’s will inspire other children to pursue their dreams!”

The book is inspired by Andreescu’s life on and off the pitch and is set to be released on May 31, 2022.