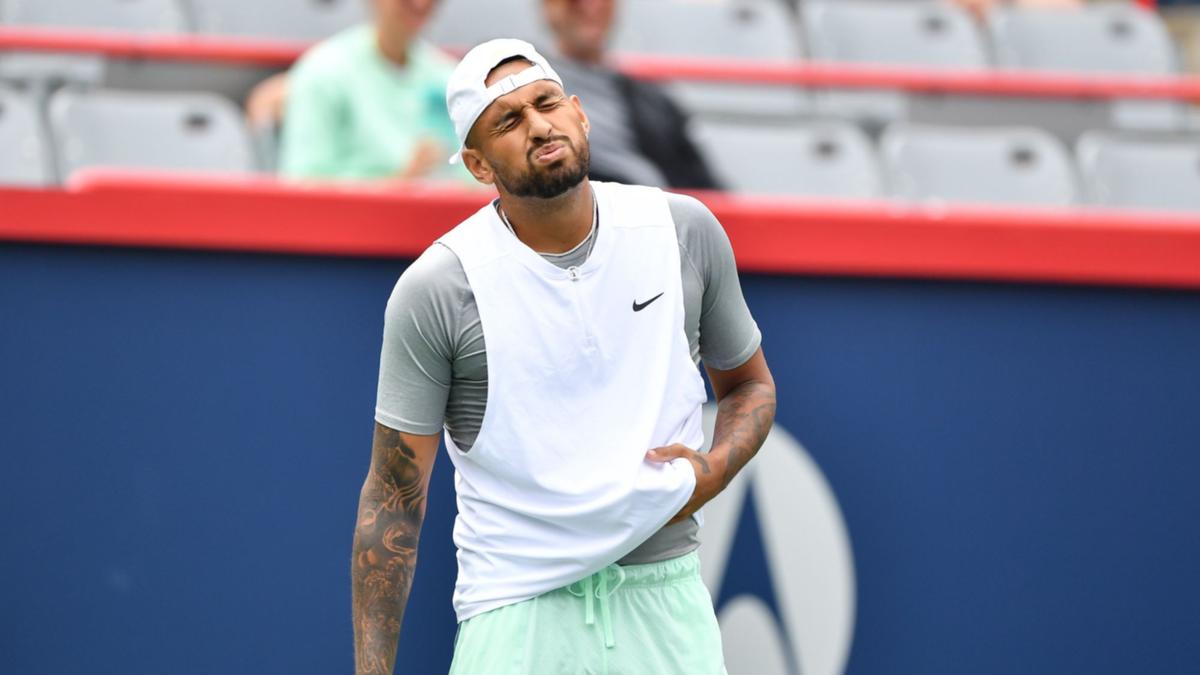 Nick Kyrgios withdrew from the Montreal Masters due to fatigue which played a role in his three-set loss to Poland’s Hubert Hurkacz.

The mercurial Australian’s nine-game winning streak came to a disappointing end in the quarter-finals, worn down by fatigue, a sore back and his opponent’s bathroom break.

Kyrgios objected to Hurkacz taking a five-minute bathroom break to change clothes after the second set.

“Why did he change his clothes? I do not need. Nobody needs it,” he heard the referee say.

After the match, Kyrgios said the long break between sets affected his movement.

“Obviously when you’re playing and you stop for five to 10 minutes, it doesn’t help your body,” Kyrgios said.

“My body was so stiff after that, I couldn’t move properly.

“I mean, it’s in the rules. I will not complain. I completely stiffened.

Kyrgios didn’t call a coach or complain, but watched the pace physically. He also had a lot of worries with his sick parents.

“They are not doing very well at the moment. So I don’t really care about “no winning streak”.

“I have two tournaments left (Cincinnati and the US Open) before I can go home.”

Kyrgios had won 15 of his last 16 singles matches, with the only loss to Novak Djokovic in the Wimbledon final. But that’s a lot of tennis for a player who has pursued a less busy schedule in recent years.

In Washington last week, he won both singles and doubles, playing 10 matches in all. It was his 15th game this month in the American hard-court swing.

But good form will earn Kyrgios a top seed at the US Open later this month.