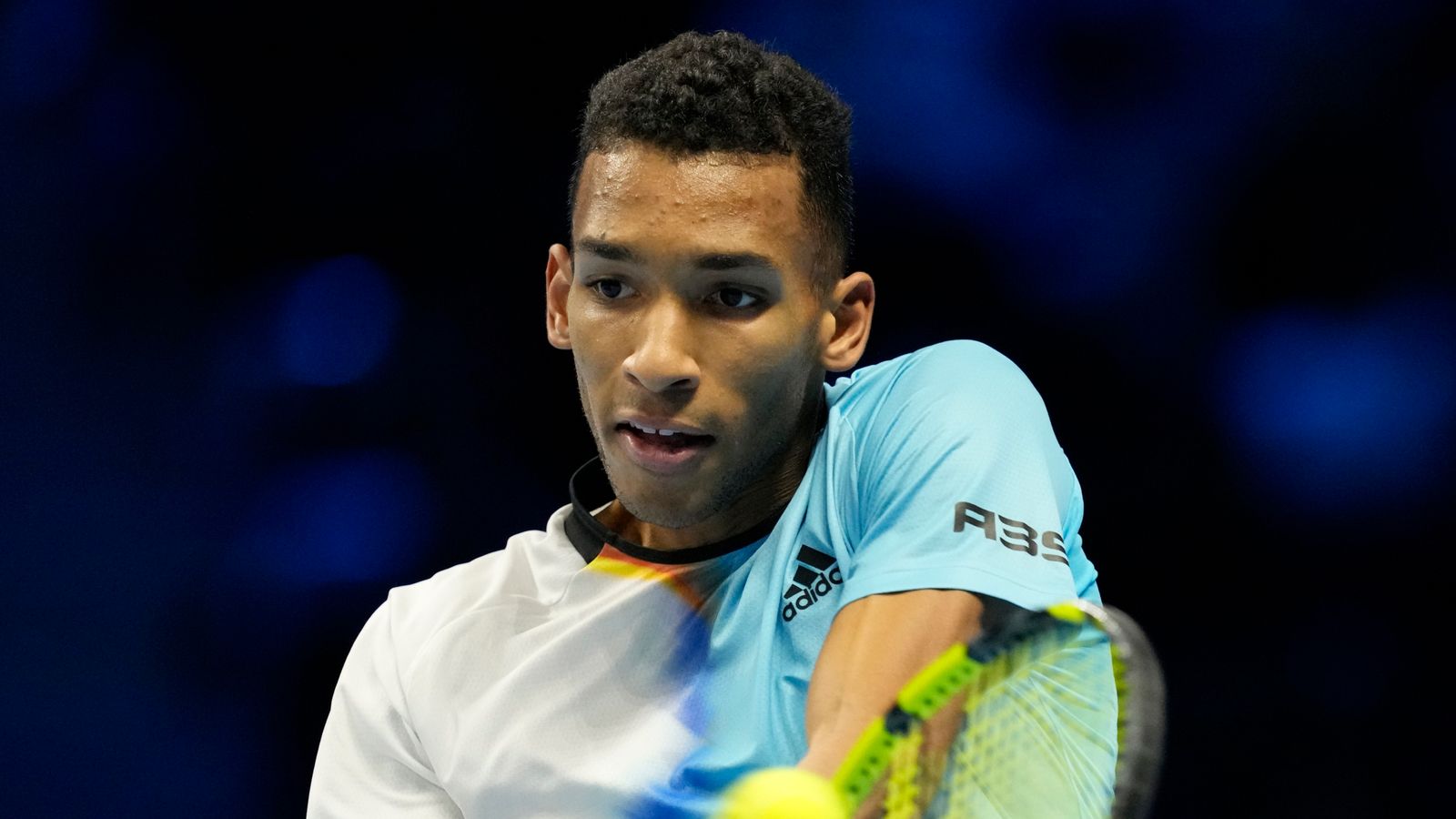 Felix Auger-Aliassime left Rafa Nadal’s ATP Finals title hopes in tatters as he beat the struggling Spaniard 6-3 6-4 in the round robin at the Pala Alpitour stadium in Turin Tuesday.

Nadal needs to win the year-end title for the first time in his illustrious career to have any chance of finishing the season as world No. 1, but he has faded badly after an encouraging start.

The 35-year-old was beaten by American Taylor Fritz in his opener on Sunday and is bottom of the group with a game to play against Norway’s Casper Ruud.

Auger-Aliassime, now coached by Nadal’s uncle and long-time mentor Toni, who sat in his dressing room, will face Fritz in his final group match with a chance to advance to the last four.

Nadal sometimes got the upper hand in the first set and twice threatened to break the serve of his Canadian opponent who was beaten by Ruud in his tournament debut on Sunday.

Serving at 3-4, Nadal led 40-0 but a few double faults and baseline errors allowed Auger-Aliassime to break.

Auger-Aliassime, who has won four titles this season, sealed the first set with a solid hold and raced ahead early in the second.

Nadal showed flashes of genius but couldn’t make an impression as he crumbled to defeat. He still has a chance, albeit slim, of reaching the semis if he beats Casper Ruud in straight sets and the other results work in his favor.

The former world number one still has a slim chance of reaching the semi-finals but must beat Casper Ruud in straight sets and rely on other results to follow his path.

But Nadal admitted he was well below his best so far.

“When you face all the circumstances I’ve been through for the past six months, being here is positive,” said Nadal, who has battled injury and recently became a father for the first time.

“Experiencing what is happening is not a big surprise. It does not mean that I am not sad about the results. It is something that can happen.

“I just accept that tomorrow I start my 2023 season. That’s all. The only thing I can do is keep working, keep doing the things that I have to do to give myself a chance to start with real chances in 2023.

“I don’t think I forget how to play tennis, how to be mentally strong enough. I just need to get all those positive feelings back and all that confidence and all that strong mentality that I need to be at the level that I want to be.”