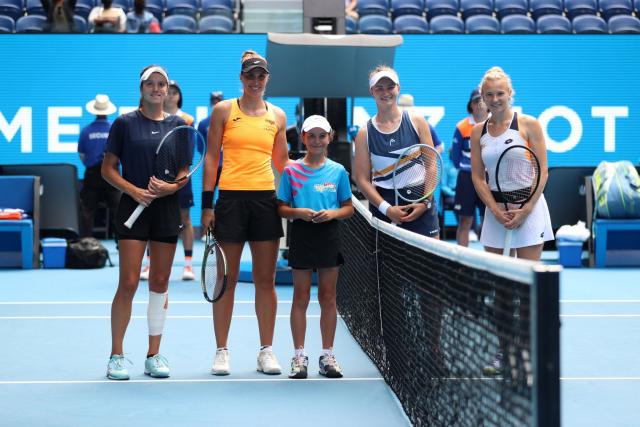 ANZ Tennis Hot Shots kid Mia from Epping had the chance to play a key role at the Australian Open.

The 11-year-old was one of 150 ANZ Tennis Hot Shot players who had the opportunity to flip the coin at the grand slam.

Mia was selected to toss the ANZ commemorative coin to start the Women’s Doubles Grand Final match between Barbora Krejčíková and Kateřina Siniaková and Anna Danilina and Beatriz Haddad Maia.

The 2022 ANZ commemorative coin features Australian tennis legend Margaret Molesworth (1894-1985) who won the first women’s singles title at the Australasian Championships 100 years ago in 1922, and successfully defended her title the year next. Recognized as one of the top 10 players in the world at the time, Molesworth also became one of the first women to coach tennis professionally in Australia after retiring from competition.

Commenting on the initiative, ANZ Retail Banking Managing Director Katherine Bray said: “We are very proud to support the dreams of young tennis players and provide them with a unique opportunity to launch the ANZ commemorative coin. on the iconic courts of the Australian Open.

“Meeting some of the best tennis players in the world is a memorable experience for children and ANZ is honored to play a part in making this happen for them.”