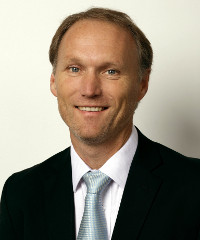 AFB’s lending model based on trust rather than collateral

When financial services group AFB started in 2010 in Ghana, it focused primarily on lending to government employees, but two years ago it started expanding into consumer and SME lending.

Karl Westvig, CEO of AFB Group, believes that the future of financing lies in consumer loans.

A growing population of young Africans is joining the workforce, eager to acquire assets. Westvig says the majority need non-collateralized financing, as is the norm in traditional lending.

AFB offers its customers cards which they use to make purchases on credit at certain points of sale. AFB settles the payment with the merchant and the consumers reimburse AFB within six months.

In Kenya, it has over 70,000 cardholders and is currently growing at a rate of 10,000 new customers per month. In the two years in Kenya, AFB disbursed over $11.2 million. Its cardholders purchase items such as clothes and books and household appliances such as refrigerators and microwaves.

The company has just launched in Tanzania and has recently been authorized to open in Zambia. Westvig notes that the potential for consumer lending is “incredibly large” in Africa. “I think we’re at the beginning of a wave of 15 to 20-year-old consumers. We are only scratching the surface.

In Ghana, AFB continues to lend to government employees, although Westvig says it is not a viable long-term business. It’s “very competitive” because generally, lending to people who have a guaranteed salary is considered safer.

“We see the long-term opportunity in consumer finance,” he notes. Nevertheless, says Westvig, consumer financing remains risky, adding that there is still a minority who are unwilling to repay their debts. “So if your fraud and risk procedures aren’t very good, you can lose a lot of money.”

The company also lends to formal and informal SMEs. Informal traders, often shunned by banks, can borrow up to $100 for working capital. AFB has branches in local markets where traders such as vegetable sellers operate. Those who wish to borrow are assessed for their creditworthiness and disbursed through cell phone wallets.

“In the formal SME market, the biggest advance we have just given was USD 110,000 in Kenya. This is the fourth advance granted to this entrepreneur. Their first was to buy chairs and tables when they opened their first restaurant. Today they are opening the fourth,” says Westvig.

He adds that the AFB targets “average people” such as traders who cannot get loans from banks because they lack collateral or their businesses are not formalized. Although microfinance institutions serve them, their loans are based on savings and they must be members of a group for three to six months to borrow.

“We lend to individuals and we don’t ask them to make deposits. We take risk on a customer based on their willingness and ability to pay. We inherently believe that most customers want to pay off their debts.

AFB has a debt repayment rate of over 90%. Since it doesn’t ask for collateral, Westvig says the company is focused on understanding people, building relationships, and rewarding those with a good repayment record with better terms and more funding.

“If you really want to reach the wider African population, you have to lend on the basis of trust,” he says.

As it expands, some of the challenges AFB faces revolve around talent and funding. The company has 1,500 employees in five countries.

“To build a really big consumer finance business across Africa, you need capital,” he says. In Kenya, the AFB has now invested $22 million while in Ghana it has injected a total of around $40 million.

Although Ghana has opportunities, Westvig says the business environment is “difficult at the moment”. He attributes this to a large budget deficit, high inflation and a devaluation of the Ghana cedi.

“We entered Ghana because it’s a good market, and in Ghanaian cedis we’re doing very well, but not so well in terms of US dollars due to the devaluation of the currency.”

Westvig says the company sees opportunities in countries that have a sophisticated retail sector and a variety of telecommunications companies with mobile money wallets. Markets where there is a “concentration of power” in one person or organization are a barrier for LBS.

“The market needs to have diversified risk, so if you lose a big retailer or a mobile operator, you don’t close a deal.”